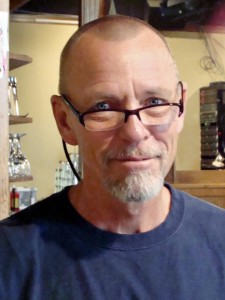 There are a lot of laments and end-of-era reactions to news that Eddie Owen, who shepherded the careers of some gay greats and gay faves, was let go as manager and talent booker of Eddie’s Attic, but Owen isn’t one of them. From its 1992 opening, Eddie's Attic became Decatur's lesbian live music mecca of sorts. Owen hosted the likes of Indigo Girls and the members of Sugarland before they were Sugarland. Among gay women in Atlanta, Owen’s place is known for a musical lineup that to this day includes a steady, recurring stream of “girls with guitars” including Shawn Mullins, Ronnda Cadle, Michelle Malone, Jennifer Nettles, Caroline Aiken – and yes, even still the Indigo Girls, who have effused over their devotion to him and his contribution to their careers. Even after he sold the place, He sold his namesake in 2002 but stayed on as an employee with musical connections stretching back 20 years. Alex Cooley bought the venue in November 2011. Owen’s connections allowed him to continue booking all his stand-by queer acts as well as up-and-comers like Girlyman and local favorites like trans rocker Bucky Motter and gay singer-songwriter Lucas Mire. Owen was fired on Friday. Even though he started Eddie Owen Presents at Duluth’s Red Clay Theatre (top photo) and will still be booking acts he knows and loves in the metro area, fans erupted on social media that Eddie won’t be at Eddie’s. One Facebook post says, “Atlanta Songwriters' best friend, Eddie Owen will no longer be at HIS Attic in Decatur my friends. Go visit him and check out the shows at his venue, Red Clay Theater. It's in Duluth y'all! Maybe there will be a mass exodus." Another laments, “Wow! How can they have Eddie's Attic without Eddie? Completely bummed." For his part, Owen is publicly taking it in stride – and taking the high road. On Wednesday morning, he responded with a post on his Facebook page.

Wow. Thanx for all the love. The ones of y'all that know me know that responding to each individual, on the computer, would take me 72 days. and to all those media / press folk, sorry I haven't called you back. It's a pretty simple story. Alex Cooley owns Eddie's, the decisions are his to make. He who owns the coins makes the rules. He fired me. It doesn't make him a bad guy, it's just a business decision he thinks best. Eddie's is still open and having shows and booking shows, and Decatur's still a cool town. For 20 years I booked Eddie's based on the promise to you that whatever was on the stage, would not suck. I'll be doing that very same thing with Eddie Owen presents at the Red Clay Theatre in Duluth. And that dream / vision for Duluth is bigger than Eddie, Alex Cooley and either joint, even combined. It's a chance to impact and leave an imprint proving "live music matters," that can far outlive Alex Cooley and me. Listen y'all, there are plenty of really good stages / joints in this town, all sizes, and plenty of y'all to support all of them. At the end of the day for me, it's about the song, please support any joint supporting that.

Within an hour, nearly 200 people “liked” the sentiment, and as many comments of support were stacking up for Owen and his approach, as well as promises to drive to Duluth for the Eddie, if not the Eddie’s, experience. Photo from Facebook