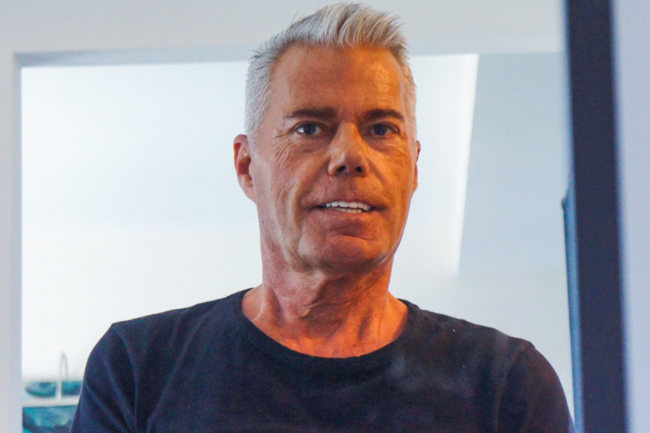 When discussing plans for the Fourth of July with a friend, I realized I was just not really into it this year. Yes, there were plenty of parties, events and opportunities to “celebrate,” but I was not feeling very celebratory.

To be honest, I was never especially and certainly not overly patriotic. In my teens, I had a moral conflict with the violent words of our national anthem. I have always been a liberal pacifist.

Then 9/11 brought out patriotism I never knew I had in me. I felt the same gut-wrenching shock and horror that many others felt. I displayed the flag in my window for a year. But in time, reality set back in with the Bush years of war, friends and many more dying of AIDS, and a lack of equal rights that is only ancient history to newer generations.

Now that the Trump Regime is not only threatening but actively working to reverse so much of what hard won equality we have – though still woefully short of being truly “equal” – patriotism is just not something I feel very much in touch with these days.

This year on the Fourth, I joined a friend for dinner and drinks. Low key, nothing special, it was all about the company and not the occasion.

During dinner, I noticed the large screen across the room showing a protestor scaling the Statue of Liberty. I have to tell you I felt a smiling jolt of satisfaction.

“Good for her!” I thought to myself.

After dinner, we went for cocktails. There was a lot of red, white and blue to which I felt immune. Then I noticed a nearby table was watching and talking about an NAACP protest on Stone Mountain. “Alright!” I nodded affirmatively to myself. Starting to feel a little better, I raised my glass in a private toast to the protestors.

Then the lights dimmed, and Atlanta drag mainstay Ruby Redd picked up the mic to welcome everyone. I had not known there was anything going on there that night. She continued, paying tribute to a regular guest, a gentleman who walked with a cane, a Vietnam vet – a gay veteran. An out, gay veteran.

He was not present, but he was honored. Damn it, my eyes were getting moist.

Another drag queen followed Ruby and performed a gorgeous selection of “The Star Spangled Banner.” I leaned in and told my friend, “I really was not feeling very patriotic today, but watching the national anthem performed by a drag queen and honoring a gay vet is about the best Fourth of July that I can think of right now.”

And it was. I had goosebumps on my arms and neck, tears in my eyes and a lump in my throat. I am not a very touchy-feely kind of guy, but this all really got to me.

And so, I want to say thank you.

These acts are what America is really about: our freedom and liberty, our right to be ourselves, equal to all with no fewer rights than any other.

Thank you for showing me a new patriotism this year, one than I can be and am proud of, a patriotism more American than all the conservative, Trumpian revisions could ever be, a patriotism no hater can ever take away: my Queer Patriotism.

Kyle Rose is a former gay rights and AIDS activist in Atlanta who writes about queer culture and politics.

This column originally appeared in Q magazine. Read the full issue below, and pick yours up at queer and LGBTQ-friendly venues around town.