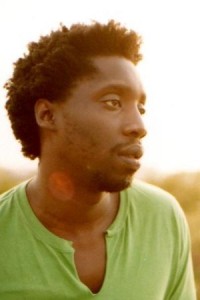 It’s no coincidence that Roger Omeus Jr. (photo) is in Atlanta this weekend.

As the city plays host to a Black Gay Pride celebration that attracts thousands of people, Omeus can easily see Faybien Allen in the faces of so many young black men around Atlanta. Faybien is an idealistic yet cautious gay man that is the central character in Omeus’ film, “Finding Me.”

So when the director – who is prefers to label himself as same-gender loving rather than gay – had the opportunity to travel to Atlanta when the city becomes a black gay Mecca, he did so to talk up the film to those he thinks it speaks to most poignantly.

“It is the journey of this one character and finding out who he is in his life,” Omeus says. “It is relatable to everyone, because we all go through a point in our lives where the question is who am I, what am I going to do. I wanted to have the people that are there for Black Gay Pride to see the film and talk about the message of the film.” 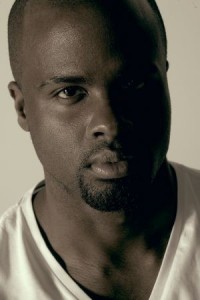 Omeus, along with Derrick Briggs as Lonnie (photo) and Eugene Turner as Greg, will visit Brushstrokes on Sunday to discuss and sign copies of the DVD. View the full event listing.

The film tells the story of Faybien and how he creates a support system through his friends, fearful that his father will never approve of his being gay. He depends on Greg, a bi-sexual college student, and his close friend Amera. Of course there’s romance, introduced through Lonnie, an older charismatic man that challenges Faybien to confront his fears.

The film gained notoriety last year after a successful screening at Philly Fest when audience reaction prompted TLA Releasing to pick up the film for distribution. But getting to that point was a struggle for Omeus, who self-financed the production and shot it on weekends to schedule around the work demands of the actors and crew.

“The film was done very organically and shot guerilla style. People go into the theater and immediately expect it to be done with Hollywood backing, ‘Sex & the City’ backing, without realizing that not everything has Hollywood backing. There was little to no support financially at all,” Omeus says.

But grassroots reaction to the film prompted talk of a sequel, which has nearly completed its shooting and should be released next spring or early summer of 2010. Faybien again takes center stage in “Finding Me: Truth,” but the sequel develops the characters of his friends and explores the relationship between Faybien and Lonnie.

“A lot of questions begin to get answer. The story does continue, but I don’t think it will go in the direction people think it will be,” Omeus says.