Finding gay community in a world of alcoholics 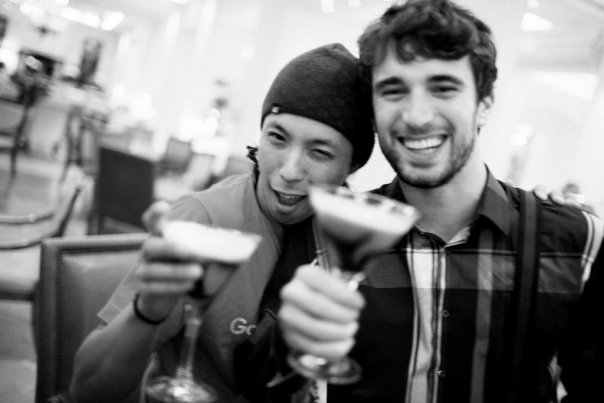 When I’m bored and horny and browsing gay internet profiles, nothing is a bigger groaner than the phrase, “not into the scene.” I much prefer “no blacks, asians, or femmes” because I can at least have fun when they message me. Me: “I’m actually black.” “Oh.” “Yeah.” “Really?” “Yeah.” “Ur photos don’t look like that.” “It’s just the lighting.” “Oh.” “Yeah.” “Rlly?” What I don’t understand is that they never buy it when I claim to be Asian. Anyway, I present this anecdote to you partly to make a point, and partly as an aside to say that the queeny blasians among you aren’t missing out. I’m pretty sure if you shake those guys’ heads, you can hear things rattling, but I’ve never let them come close enough. But I’ve gotten myself distracted. I really hate all this “not into the scene” business, because I like the scene. I like drag shows. I have literally, as in actually, not metaphorically, seen hundreds of drag shows. When I visit a foreign city, I am more excited about seeing new drag queens than I am about large structures hundreds of years old. “Sure they can sculpt marble, but sculpting eight layers of MAC foundation? That’s art.” This long-winded intro is necessary because otherwise I’d get lumped in with all the whiny-faces on OK Cupid if I just wrote another rant summarily saying “I’m better than you cause all y’all are a bunch of fucking alcoholics.”

The zenith of the gay career is getting abs, getting drunk

I remember a time (college) when me and my friends went to a party and we had a few cups of hunch punch on Saturday night and danced around and “wooo!” or shot pool with three PBR’s because the drinking budget was $6. A few people, once detached from the rails of high school and a nuclear family, descended into oblivion, but for most, drinking to the point of vomiting was fodder for a story you weren’t planning to relive. Now, things are different. People don’t vomit, not because they’re drinking less, but because they’re drinking more, a lot more, a lot more frequently, to the point that their tolerance allows them to kick back four, five, however many cocktails, and not remember the details the next day, and wash, rinse, repeat, at least two (four?) nights of the week, ad infinitum. And THIS is Friday/Saturday night. The zenith of the gay career is getting abs at Lah Fitness, blacking out at a gay bar, going to parties with other young rich professionals, and maintenancing a zillion tenuous “friendships” like someone who feeds fish they don’t care about but can’t approach the finality of flushing. Throw in some shirtless photos on Lake Lanier and a few modeling shoots and you’ve made it! Go reward yourself with some coke. The thing is, if people actually enjoyed this, I would be all for it. I would defend it in much the same way I defend legalizing pot. I enjoy getting drunk. I like sitting around playing video games for eight hours. I like doing a bad job singing. But our collective relationship with alcohol has turned from an enjoyment of chocolate cake to something more like those morbidly obese people who get gastric bypass surgery and then suck microwaved Nutella through a straw. Or in this case, where going out used to be fun and an opportunity to have strange conversations with interesting new people, it’s turned into running into (redacted) totally shitfaced at Blake’s and pointing at me and shouting, “JARRETT’S ONLY TALKING TO YOU CAUSE YER CUTE OTHERWISE HE WOULDN’T BE TALKING TO YOU.” Jarrett: “If I were you, I would have punched him in the face.” Me: “I save my amazing comeuppances for people who will remember them. Also I never think of them on the spot, I just come up with them later, and blog about them as if I actually said them.” 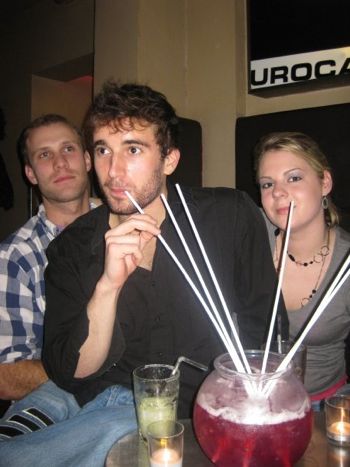 Don’t throw the baby out with the bathtub moonshine

To some extent, it’s easy to say, “Well if you don’t like us, then leave!” But I’m not saying I don’t like you. If I didn’t like you, I would have left already, and there are plenty of Facebook defriendings to prove it. There’s a whole world of reasons I didn’t leave before. Our legacy is built on hiding in bars because we had to, finding somewhere remote and dark was a necessity, upended by the occasional police raid -- and our resistance to that trespass into what was once our only domain lives on, worldwide, notably in the date of Pride parades. To throw all that away, and swear off bars or anything reminiscent thereof, because we can’t drink without blacking out, would be throwing the baby out with the bathtub moonshine. This is the delicate line I have fought to walk from the very beginning with HomoClimbtastic. It was meant to eschew the notion that as queer people we could only find community in the dark, but at every turn, I took a rhetorical cleaver to anyone suggesting that HC was proof that we weren’t stereotypes. It was proof that we were free, to carry on the culture we had built from centuries of oppression, and to cut away the baggage that came with it. At times, what is baggage is a hard line to draw. But this time, it isn’t. We have a serious problem. People joke about their livers, like it’s funny, but it’s not. I see people I’ve known since college now look like they got run over by a truck, and using Botox, aspirin regimens, two week diets, and marathon-running as though these could caulk over the cracks. I take several month-long sabbaticals from the Atlanta scene for work or climbing, and when I come back, I’m always surprised that someone I haven’t seen in a while looks… terrible. Whenever I go to the climbing campgrounds, I become accustomed to the climbers who take care of their bodies, and accustomed to what being in your thirties, forties, fifties should look like, and then I return to Atlanta, and the LA Fitness, where despite the 10 million crunches, most of the people look like complete shit. Maybe this is why gay people are afraid of getting older -- because in this mostly alcoholic enclave, it can certainly look terrifying. Perhaps I’m only saying that as an appeal to everyone’s shallow sensibilities to discourage the excessive drinking. But that’s not really a good justification. The good justification is that you’re not actually enjoying your life. And you should. We fought too hard not to.

Be your flaming self, but without the vomiting

So this is my appeal: be the HomoClimbtastic you want to see in the world. You can create a social space where you do something else. Where you can carry on with your flamingly flaming self without the headaches and the vomiting. And unfortunately, we have few venues to have this conversation. All of the weekly gay mags and rags and newspapers get most of their advertising budgets from booze companies and bars, and they get pilloried when they ever dare step on the toes of their sponsors. The articles about our pervasive alcoholism, and the jokey non-chalance with which we approach it, have to thus be sanitized to a patronizing pablum of obvious “don’t drink and drive” and “seek treatment if you need help” because bar owners can’t face that their current economic model depends on customers funneling their lives down a drain. Normally, I’m all for the free market, but some Atlanta bar owners’ atrocious bullying to keep themselves the centerpiece of Atlanta Pride leaves me without sympathy. Summary, if you don’t read the link, after the Atlanta Pride organizer (literally one person, in charge of an event attended by, oh, a million people), didn’t personally visit one bar owner to request a donation, the bar owner made the totally-not-intended-to-be-ironic proclamation at a public hearing, “I am sorry, but hearing that it is too hard to contact 21 bars? A postcard? You send a postcard to an unimportant relative.” If I was present at that meeting, I would have shouted, “Do you know who I am?” and laughed heartily. But sadly, I was out of town, and again, I probably wouldn’t have thought of it on the spot and just would have blogged about it as if I actually had. 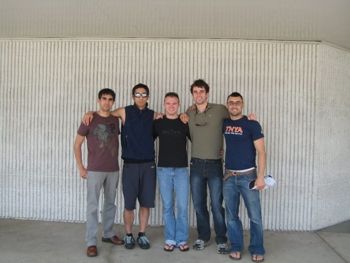 Anyway, since the HC blog has no advertisers, I can be more frank than the more established outlets are allowed to be. If you’re drinking three or more stiff cocktails, YOU are one of the people with a problem. By the end, you’re boring, or annoying, or an asshole, and either nobody’s willing to tell you, or your friends are likewise too drunk to notice, and the claim that you had a great time last night is a dull rationalization because it’s hard to face that despite the cost, you didn’t have that good a time. And yes, a lot of you are my friends, and I care about you deeply, but when you’re not sober, frequently I want to shiv you. To the rest of you, I say: you are not alone. HomoClimbtastic began as five people -- and it would be an awful, awful, awful (awful!) thing if I had drank too much to remember what happened after returning from that bar in Charleston -- those are the memories my memory care experts at the nursing home will be reciting to me as I proceed into dementia. (“Tell me again about the part with the bubble wrap!”) That group of five ended up burning a swath several hundred people wide of people who found community in what makes them happy, carrying the legacies that brought us together and escaping the traps that hold us collectively down -- and it’s impossible not to see that one of the most notable traps, and one that people have consistently expressed their happiness in leaving behind in regard to HC, is the massive amounts of binging seen elsewhere. Outside of HC, and for the rest of our community, leaving that behind is an obvious future. I’m just anxious to see it sooner than later. This post first appeared on HomoClimbtastic. The author, Alex Rowland, is the founder of the queer climbing group, which is half-political-blog, half climbing convention, as well as the owner of a solo law practice, Rowland Legal. The firm specializes in wills, business and real estate. Top photo by Tim Kettering; others via Alex Rowland