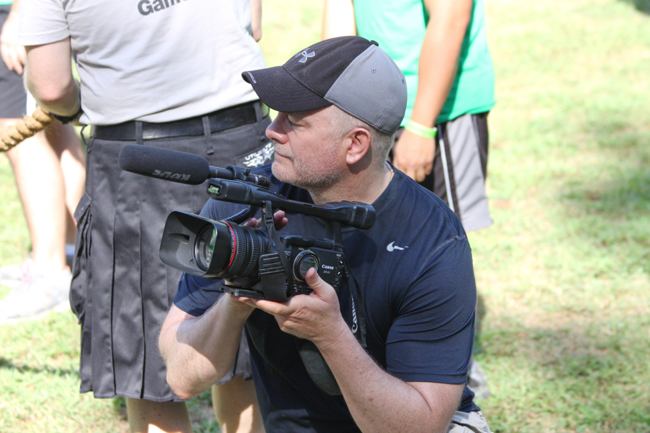 Manly gay man and filmmaker Christopher Hines explores manscaping, body hair and the gay dreaded back hair in an upcoming documentary for Logo that leans heavily on Atlanta and its gays at play.

The former Atlantan talked with us back in September about the new project, “Long & Short of Body Hair,” when he hit town to capture footage and interviews for the effort. After all, his work holding a mirror up to the gay fixation on physical image, often includes local gays. “Legalize Gay,” “Man 2 Man: A Gay Man’s Guide to Finding Love,” “The Adonis Factor” and “The Butch Factor” also scored splashes at LGBT film festival Out on Film and other Atlanta screenings.

“What really inspired this film was not only the trend of men displaying their body hair, but how they are also facing pressure to keep it maintained and looking good,” Hines (photo) told us about his latest project. “It’s all about men now having to meet the same standards as women when it comes to maintaining their personal appearance. We are talking to a diverse section of men – gay, straight and in-between – along with their significant others, to better understand how body hair plays into their sexual relationships as well.”

Now, grab your popcorn and get ready. The film has wrapped and hits the small screen on April 16 at 10 p.m. on Logo. To prepare, watch the trailer below to catch glimpses of gay Atlantans including Zach Allee, coach of the Bucks Rugby squad, Atlanta Field Day and Anu Spa in Midtown. Even sexy cuddle bear and part-time Atlantan Ben Cohen is included. (Cohen and his anti-bullying efforts were included in Hines’ “Legalize Gay.”)

And Hines being the director, the film doesn’t spare the flesh as it explores hunks getting hair removed in all sorts of cringe-inducing ways or the taboo of back hair.