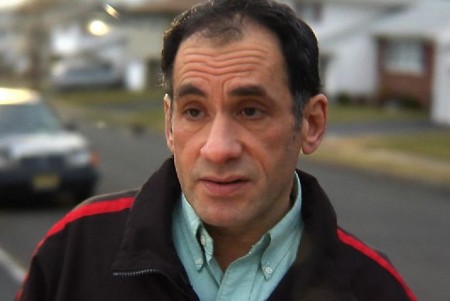 Just a few days after scores of researchers and HIV advocates gathered in Atlanta to discuss the future of the disease, the story of Richard Berkowitz will be told, hearkening back to the early days of a nameless plaque killing gay men.

Berkowitz (top photo), a writer working as a hustler in New York City in the early 1980s, is the focus of “Sex Positive,” a documentary that traces his work in the early days of HIV. He partnered with musician Michael Callen to write the first safe sex manual for gay men, an effort that earned them scorn for its call for condom use and an end to the promiscuity that fed the newly-emerging disease.

The documentary gets its only Atlanta screening on Saturday as part of a full evening of events to renew focus on HIV, which was the focal point of the National HIV Prevention Conference held in downtown earlier this week.

But if you think a stodgy evening focused on statistics and science is on tap, you’d be wrong. Organizers want to attract a crowd that’s both young and ready to be engaged about the disease, says Todd Wiggins, who helped launch the successful Action Cycling Atlanta and got the idea for the “Sex Positive” event when he viewed a trailer for the documentary.

“I saw a trailer for ‘Sex Positive’ and thought it was a perfect movie to do a screening for what we had in mind,” Wiggins says (photo right). “Then I found out the movie would not be released in Atlanta. I thought that we needed to see it now and use it as s catalyst to get this conversation started again about safe sex.”

Expect a poignant evening. The event opens at 7 p.m. with a reception at the Rialto Center for the Arts and an introduction to the film from former White House AIDS czar Sandy Thurman and Emory University researcher Carlos del Rio.

After the screening at 8 p.m., sex advice columnist Mike Alvear will join drag personality Bubba D. Licious in moderating a panel discussion with Thurman, Berkowitz and officials with local HIV organizations. The panel will also field questions from the audience.

“We are going to hear from all of these voices that have this long-term perspective. A lot of people are afraid that we will repeat our history, with infection rates on the rise among people 25 and younger,” Wiggins says.

When the screening and panel discussion wrap up, the evening shifts to a VIP reception at a penthouse in the W Atlanta-Downtown with local DJ Chris Griswold at 10 p.m. Participants can also use their ticket from the screening to gain free entrance to Jungle on Saturday.

Proceeds from the event benefit Positive Impact, Action Cycling Atlanta and the Hope Clinic of the Emory Vaccine Center, which develops vaccines for HIV and other infectious diseases. The clinic is currently seeking male and female volunteers for its ongoing HIV vaccine studies.

“Not only do we have a full night of entertainment, something to think about, a fantastic after party in a penthouse, if that’s still not enough, you can get into Jungle for free. That’s a pretty good deal,” Wiggins says.