Filling the queer empathy gap makes us better as a whole 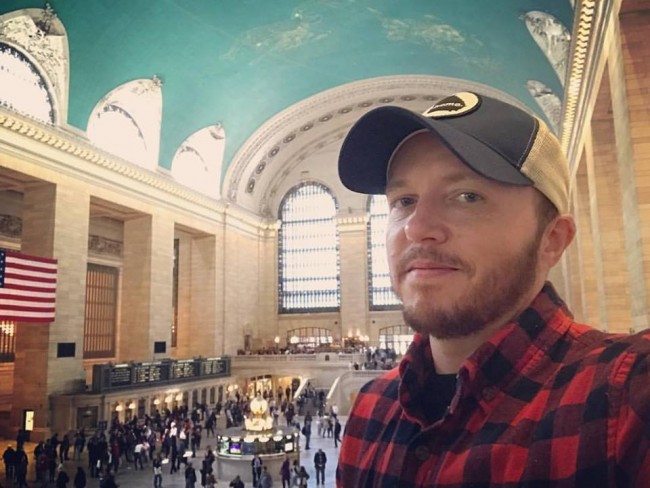 Queer community work is riddled with stressors. From elevated health and wellness disparities to the lack of funds in the Southeast, LGBTQ advocacy and organizing is not for the faint of heart.

Even if you’re not connected to a specific group, simply identifying as a stripe in the rainbow is inherently political and comes with inescapable responsibilities, such as involuntarily being seen as a spokesperson for all things LGBTQ amongst our cis-het friends and family.

My personal role in community work isn’t the stuff HBO documentaries are made of. I’m mostly a paperwork guy, who also does chores. I don’t run programming or get voters fired up. I don’t get to many rallies, and if I do it’s behind the stage.

I like playing a supporting role, though. My job at the Rush Center allows me to witness some amazing advocates knocking it out of the ballpark on the regular. I take pride in the fact that I’ve set up tables and chairs and taken out trash for the best of the best.

Superstars walk through our halls every day. Watching leaders, general volunteers and community members come together to make magic happen does provide a unique perspective on learning to be a better person and how to make a better community.

There’s a common thread, and it’s an achievable goal for all of us. The most effective, dynamic and well-respected people in our community have an unwavering commitment to empathy.

Now, empathetic shouldn’t be confused with sympathetic. Feeling sorry for someone in a bad situation doesn’t create change or progress. Actively connecting the dots regarding how any personcould find themselves in that same situation is empathy.

Empathy creates a lens through which humanity is seen in every person, and interactions with people from all backgrounds reflects it. It spurs the elimination of systematic oppression, like barriers to health care, housing and employment. The greatest advocates demonstrate an eagerness to understand the obstacles that prevent others from living fruitful, stable lives.

You won’t hear a truly empathetic advocate shame someone for not maintaining an HIV medication regiment. Instead, they actively seek to create an environment in which individuals are more likely to have the ability to stay on meds. Empathy becomes a driving force to breakdown barriers, not police behaviors.

Like anything else worth doing, empathy takes work. It’s an ongoing process of evolution, but the effort brings rewards. We can practice it as individuals and as a group, from casual conversations to broader policy making. Empathy becomes a tool to expand our understanding.

When someone asks for their gender identity to be respected in pronoun usage, we don’t ask a litany of questions, we change our language.

When we acknowledge that many of us live paycheck to paycheck, and that one mishap could mean the loss of housing, we look at homelessness differently.

When we admit that the majority of us have engaged in some form of sexual activity that others might label “risky,” we look at issues surrounding HIV differently.

When we realize that the deepest, most trying problems that plague the most marginalized amongst us aren’t really that far from our own doorsteps, we start to see people in a state of struggle in a new light.

When we ask ourselves how we would want to be treated during a time of hardship, our actions toward others change, and we become stronger as a community.