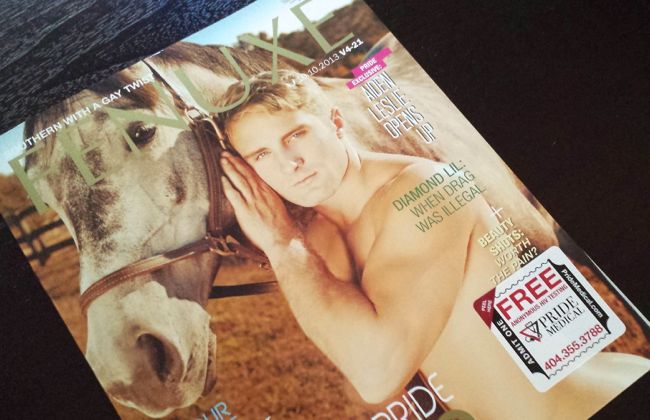 The owner of gay Atlanta glossy Fenuxe claims that the CEO of the company suing him tried to rape him and launched a personal attack against him so intense that it prompted his hospitalization for anxiety.

The barrage from Fenuxe's publisher, Tyler Calkins, came in the magazine's 34-page response, filed Monday, to a lawsuit from Pride Medical against TW Media, the magazine's parent company, and Calkins, one of its owners. Pride Medical filed suit on Nov. 8 alleging that the magazine misrepresented its circulation numbers, over-charged it for advertising and stopped running some of its ads even though it kept paying for them.

Fenuxe's response either explained away or denied those allegations. It also denied that its advertising contract with Pride Medical, which has cost more than $72,000 since its inception in May 2010, was based on the magazine's circulation. The magazine's legal filing does not explain why or when Fenuxe revised its promotional materials to slash its readership and drop any mention of how many copies it publishes.

But in a countersuit, the magazine personally attacked Anisman and claimed that he tried to turn a platonic business relationship into a personal one. When that failed, according to the countersuit, Anisman became sexually aggressive and launched a campaign to "destroy" Calkins and the magazine.

"Despite being almost twice Calkins' age, and initially without Calkins' awareness, Anisman began to pursue a romantic relationship with Calkins," according to the Fenuxe counterclaim.

"Anisman devised a plan to gain control over Fenuxe Magazine by threatening Calkins with criminal liability and disseminating information to subject Calkins to hatred, contempt and ridicule, unless Calkins would accept $30,000.00 and turn over ownership of Fenuxe Magazine."

The magazine accuses Anisman of blackmail, infliction of emotional distress, assault, defamation and breach of contract. It also accuses Pride Medical of tortious interference and violating the state's racketeering law. The magazine is seeking punitive damages and attorneys' fees as well as a dismissal of Pride Medical's lawsuit.

Pride Medical, in a statement from its attorney J. Patrick McCrary provided to the GA Voice, disputed the allegations from Fenuxe. It also criticized its attempts "to turn a simple matter of business litigation into such a personal matter."

Again, this is a lawsuit by Pride Medical, Inc. trying to obtain an accounting with regard to advertising services which it purchased from Fenuxe. It continues to be my client's belief that the magazine printed and distributed considerably fewer magazines that it variously represented to its clients; and that Pride Medical's account should be adjusted accordingly. We requested documentation of the actual distribution rates. To date, Fenuxe has not provided such documentation. We had no choice but to file suit in order to obtain such documentation. 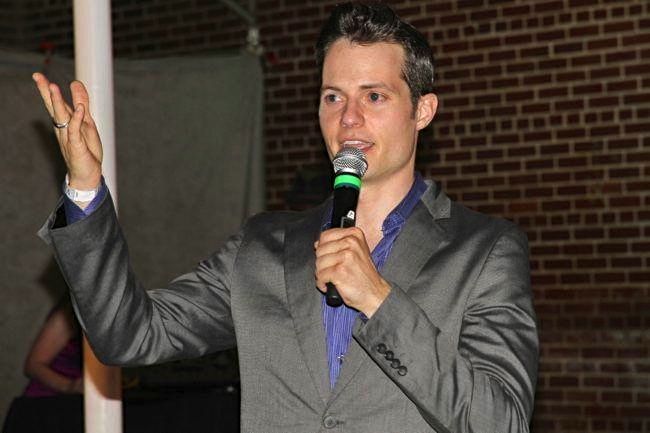 Effort to buy the GA Voice

The countersuit from Fenuxe and Calkins (photo) alleges Anisman scuttled the magazine's purchase of the GA Voice, attempted to convince advertisers to join his lawsuit, inserted himself into Calkins' medical care at Pride Medical, tried to grope him during a trip to Florida and threated to rape him.

Calkins, 27, and Anisman, 52, met at a charity event in Atlanta on Dec. 5, 2012 and quickly developed a relationship that "Calkins was still under the impression that it was for the purpose of maintaining a business relationship with a loyal customer."

A week after meeting, the pair dined together at Atlanta Fish Market. Three weeks after they met, on Dec. 26, Calkins joined Anisman on a trip to New York City and stayed in a guest room of Anisman's apartment. "And the relationship did not veer from plutonic."

Calkins became a patient at Pride Medical to "reward Pride Medical's loyalty to Fenuxe Magazine." But Anisman "inserted himself as a co-treating physician of Calkins, attending an appointment as doctor and corresponding with Calkins on his medical treatment." He later used information in Calkins' medical history to "blackmail Calkins."

Anisman and Calkins joined into a business partnership earlier this year to purchase the GA Voice and Anisman "began to enter into negotiations for the purchase of the newspaper." Fenuxe and the GA Voice exchanged confidential information and Calkins and Anisman co-signed for two loans to fund the combination of the two publications and move the combined company to a larger office space on Spring Street. "Upon information and belief, the deal to purchase the publication remained viable until Anisman tanked the deal and began pursuing competitive ventures."

'I will make you a bottom'

On a trip together to Florida, "Anisman attempted to grope Calkins, who rejected Anisman, telling him that he did not want a relationship like 'that.' Anisman then became angry and left to get inebriated." For months, Anisman sent Calkins "flowers, greeting cards and love letters" and described Calkins as his boyfriend.

Calkins, "fearful due to Anisman's physical and financial threats," initiated a conference call with between Calkins, his therapist and Anisman to "explain that he did not ever want to enter into a physical relationship with Anisman, and that he just wanted to be friends."

After that, "Anisman set in motion a scheme to 'destroy' Calkins" that included demands that Calkins resign and have Anisman purchase his ownership interest for $30,000. The campaign included threats "to send incriminating information and photographs to Calkins' parents and grandparents." (Though the countersuit explains how to "bottom," it does not detail how Anisman would obtain "incriminating photographs" of Calkins when the men were in a "plutonic" relationship. Or even platonic.)

As part of the campaign against Calkins, Anisman contacted advertisers and vendors "making false statements and attempting to interfere with their contractual relationships." He also contacted former employees "with the intent to manipulate them into giving him confidential information in violation of their signed confidentiality agreements." He "also sent emails to former Fenuxe employees and contractors saying that Calkins would be arrested imminently and implied it was for circulation fraud."

The result of "Anisman's conduct has made Calkins severely distraught by the extreme and outrageous behaviors Anisman has undertaken to 'destroy' Calkins," so much so that it "caused Calkins to suffer severe emotional distress, which required hospitalization for extreme anxiety." Calkins is concerned that "Anisman's threats put Calkins in reasonable apprehension of bodily harm, because Anisman is a strong and capable person and had the ability to carry out on his threats."