Fenuxe sells to new owner as it fights lawsuit 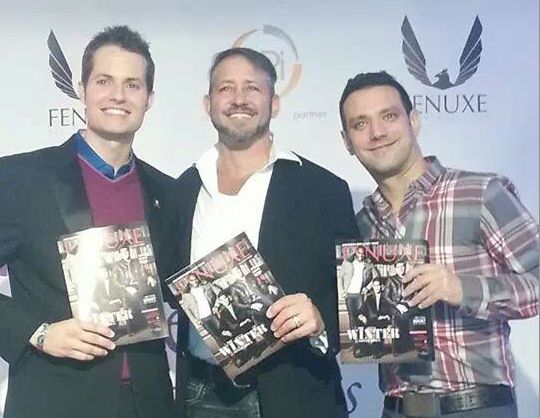 Gay glossy Fenuxe, fighting a lawsuit over circulation that it turned into a rapey mess of a drama, has been sold to owners with ties to a pop singer, gay bars in Florida and a controversial former gay media executive.

The sale, long rumored in gay Atlanta media circles, was strongly denied by Tyler Calkins, the magazine's founder, and the magazine's attorney even as negotiations were taking place with Media Pop. That's the magazine's new owner, according to Chip O'Kelley, a company O'Kelley registered with the Georgia Secretary of State in February 2013. Project Q Atlanta contacted O'Kelley on Monday after he was spotted this weekend handing out business cards listing him as the magazine's co publisher.

"My company has purchased that company," O'Kelley said when asked about the purchase. "Media Pop completely owns the entire company."

O'Kelley said the purchase was in partnership with D. Stephen Moss, a gay Florida business executive who is a partner in and one of two registered managers of Florida Entertainment Group, which owns Honey Pot and other gay clubs in Tampa. Moss is in a civil union with Erasure's Andy Bell. O'Kelley did not disclose the terms of the purchase.

O'Kelley said negotiations with Fenuxe and Calkins opened last July and were finalized in recent days. Calkins and O'Kelley have been cozying up to one another for months. At the 11th Annual Toy Party & Silent Auction in December, O'Kelley posed for the top pic with Calkins (left) and Moss (center). In September, they were snapped during Steam Fridays at Honey Pot in Tampa. In the bottom photo, that's Calkins (second from left) and O'Kelley (right), along with Moss and Steve Donahue (second from right), who is also a partner in FEG.

The photos helped propel rumors that Moss and O'Kelley purchased an ownership stake in Fenuxe, speculation that Calkins and his attorney slapped down without even being directly asked about it. In early October, as Project Q Atlanta looked into a tip about the possible purchase, Calkins sent a text message to deny it before he was even asked.

"I don't know who started that rumor about Fenuxe, but it's not true," Calkins says in the Oct. 4 text.

A few hours later the magazine's digital editor and attorney, Dwayne Kinney, left a voice mail to also dispel any notion that the magazine had new owners. Like Calkins, Kinney had not been contacted by us before he responded.

"It has been brought to my attention that you were asking about a story involving someone named Chip O'Kelley and David magazine," Kinney says in the Oct. 4 voice mail. "We're not aware of anything like that and we certainly hope that you don't print anything that's not true."

The voice mail from Kinney and the text from Calkins came less than two weeks after Calkins and O'Kelley had their photo taken together at the gay bar in Tampa. During a brief conversation with Project Q at the Toy Party, O'Kelley ignored a question about his rumored roll in Fenuxe. But when Calkins, Moss and O'Kelley were photographed together in September and December, and when Calkins and Kinney denied rumors of a sale in October, negotiations for the sale of the publication were taking place, according to a timeline O'Kelley confirmed on Monday.

Calkins, the public face of the magazine since he founded it in April 2010, will now take a back seat, O'Kelley said. Calkins could not be immediately reached for comment late Monday.

"Tyler is taking a back seat role for the moment and helping out with the transition," O'Kelley said.

Fenuxe is embroiled in a messy lawsuit with Pride Medical, the gay-owned medical practice that has accused the magazine of defrauding advertisers by fluffing its circulation numbers. Fenuxe and Calkins fired back with a blistering personal attack on Lee Anisman, the recently-retired CEO who helped move the lawsuit forward. Then the magazine asked a judge to seal the matter from the public. 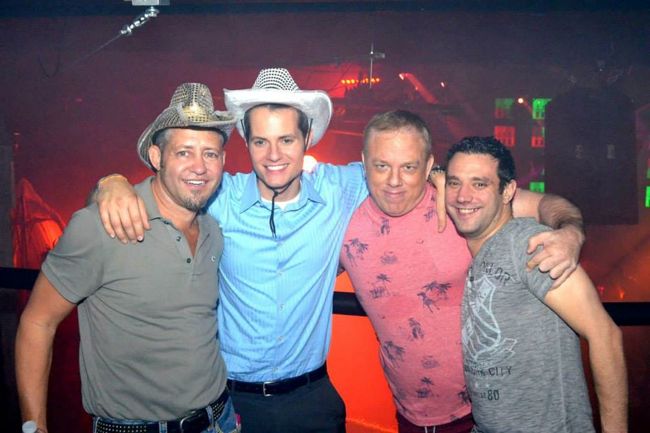 In 2009, O'Kelley and Brian Sawyer were two of four owners of Pearl Day, an on-again-off-again gay day at Six Flags. They promised $9,000 that year to three non-profits–Atlanta Pride, Chris Kids and Pets Are Loving Support–they named as beneficiaries of the event. But the for-profit Pearl Day never donated the funds promised after the groups provided pre-event publicity to help drive ticket sales.

The fallout strained relations between Pearl Day and the non-profits, and continued when O’Kelley and Sawyer joined Gaydar, the company that purchased David out of bankruptcy in 2010. Atlanta Pride booted Gaydar and David from the 2010 Pride festival over the matter.

In July 2011, O’Kelley announced that David magazine and Southern Voice–a once weekly newspaper that never published despite promises of it resurfacing–were purchased by new owners. Former owner Matt Neumann, who hired O’Kelly and Sawyer and led the company as it experienced publication delays, financial troubles, squabbles with other publications, staff turnover and quality problems, was out, according to the announcement. So was Sawyer, apparently.

Sawyer resurfaced in 2012 as an owner of Asylum, a bar in East Atlanta that catered to the gays, then dropped them, then ran into police troubles over allegations of operating outside allowed hours of operation and selling alcohol without a license.

In 2012, O'Kelley was chief operations officer at David and helped bring Bell, lead singer of Erasure, to Atlanta Pride in an effort co-sponsored by David, Project Q, Brushstrokes and Jungle. In early 2013, O'Kelley was pushed out of David.

Sources have told Project Q that Sawyer, like O'Kelley, was spotted in the Fenuxe office last week. O'Kelley said Monday that "Sawyer is not in any way affiliated with Media Pop."

"I am excited. I've been doing this for a little while. I had some success after turning David magazine around after [Sawyer] and [former owner Matt Neumann] left. I think i can help out getting Fenuxe going in a new direction as well," he said.