Tom Schloeder, co-owner of Brushstrokes and Capulets, has been indicted on a technicality with charges regarding underage pornography. Is this another attempt by the City if Atlanta to shut down a gay adult business?

Pause for a moment and let the stank of the factual inaccuracies and baseless claims waft out. 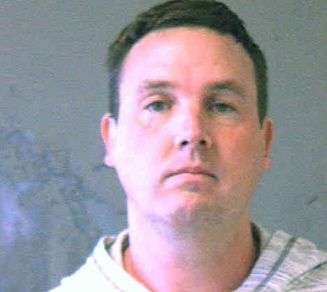 In fact, Schloeder's sentence of more than eight years and a $75,000 fine was impacted by two offenses — some of the images he collected involved children under the age of 12 and some of the material “portrays sadistic or masochistic conduct or other depictions of violence.”

Federal prosecutors also agreed to adjusting Schloeder's sentence downward for his “acceptance of responsibility” for his involvement in the offenses.

And then there's this, which Schloeder agreed to when he signed the plea agreement in May: “I understand the terms and conditions in the Plea Agreement, and I voluntarily agree to them.”

Which gets us back to Fenuxe. After readers posted comments criticizing the magazine for its initial post — and they did, read them in the image below — it followed up with a response.

FENUXE has not reported on this story yet. Our story will be featured on FENUXE.com. We reached out to Tom Schloeder this evening and he provided us with the information above. When we have collected the full story from both sides, we will post our article.

Something is amiss. Either Fenuxe attempted to walk back its post by pushing blame to Schloeder, who hasn't spoken to other media outlets covering the case, or he's feeding the magazine information that contradicts the plea agreement he signed two months ago.

Sure, the city through the efforts of gay City Council member Alex Wan took a shot (and failed) at trying to force some sexually-oriented businesses off Cheshire Bridge Road. But Brushstrokes and its sexy sibling Pleasures are located a few miles away from that rezoning and Wan never even hinted that either store was being targeted. And Atlanta police, motivated by anti-gay bias, raided the Eagle in 2009. It has struggled since, but remains open and pouring. A concerted effort to shut down sexy gay businesses? Hardly. The city even kept one open when it had ample reason to close it.

So what's the basis for suggesting “another attempt by the City if Atlanta to shut down a gay adult business?” Nothing factual, apparently. And about as baseless as calling gay Atlanta's bars a “disgusting” heap of shit. And then acting as if it never happened. 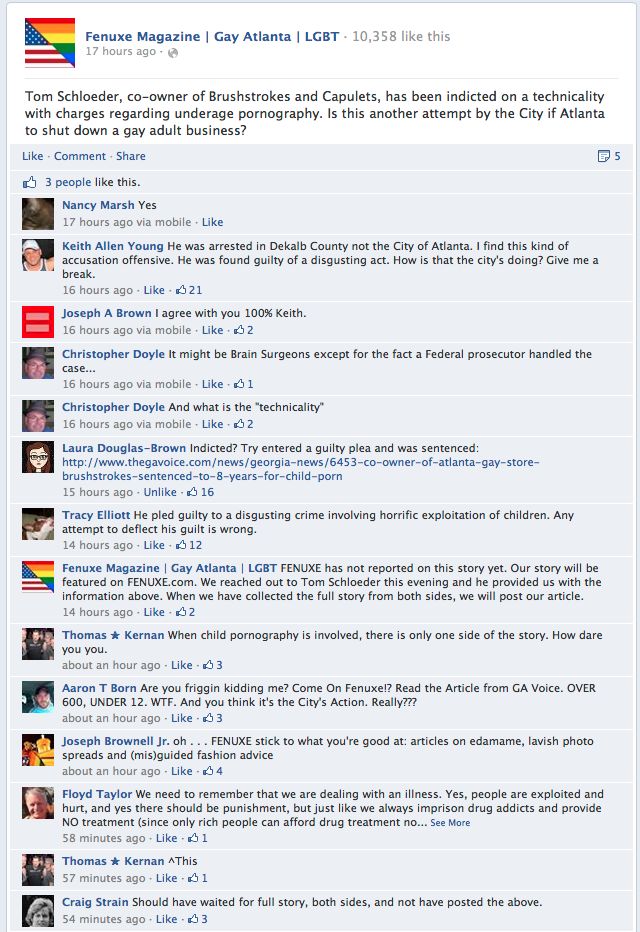