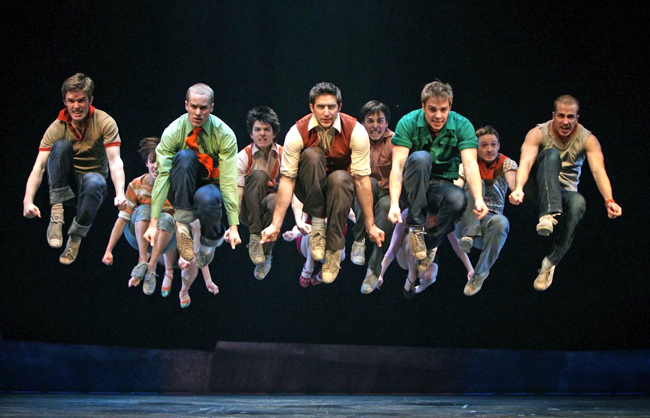 As far as classic musicals go, “West Side Story” is up there with the greats. A touring version of the musical slides into the Fox Theatre Tuesday with a number of gay performers ready to talk up the show.

Besides Tim Hausmann, who stars as Federico, Ryan Ghysels is involved as the dance captain and understudy for many roles. We spoke with Hausmann and Ghysels about the show, its legacy, and its staying power.

“West Side Story” is the classic mid-century update of the Romeo-and-Juliet tale told through rival gangs the Sharks and the Jets. It’s filled with well-known show tune standards such as “Somewhere,” “Tonight,” “Something’s Coming,” “America,” and the song every aspiring drag queen must learn, “I Feel Pretty.” The movie version with Natalie Wood and Rita Moreno was released back in 1961, but the original stage version opened in 1957. “West Side Story” was the debut of legendary gay composer Stephen Sondheim. 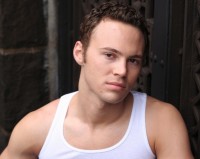 Ghysels (second photo) says most people who come to the show have seen the movie but are delighted with the stage version.

“They love it, and they bring their kids,” he says. “It’s nice to see younger audience members who are not at all familiar with the musical.”

Ghysels understudies for a number of characters: Baby John, Big Deal, Diesel, Snowboy. He laughs that he goes on fairly often. “It’s a hard show to do,” he says.

According to the performer, “West Side Story” is one of those quintessential musicals and one that holds up over time.

“I think people respond so well to the score,” he says. “It’s so recognizable, as is the choreography [top photo]. When you think about, it is unbelievable, especially if you saw it when it first came out.”

The original Jerome Robbins choreography is reproduced here by Tony Award-nominee Joey McKneely, who did the Peter Allen musical “The Boy from Oz” with Hugh Jackman. 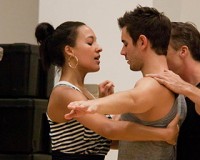 “West Side Story” recently celebrated its 50th anniversary, and Ghysels was part of that international tour. Hausmann (third photo, in rehearsal) just came aboard, making his Broadway debut in the show last year. He previously danced in “A Chorus Line,” another physically demanding musical.

“Those are two of the hardest dance shows, but I think this is a little more intense,” Hausmann says.

One subtle change between the original and the revival is the amount of Spanish in the musical, he notices.

“A lot more of the dialogue is in Spanish,” he says. “These characters are struggling to speak English, and I think this version shows that.”

“As I have become an adult, I notice that it seems our society is responding to not tolerating bigotry and hatred,” he says. “Love can’t survive in a society with hate. There is hate in the show, but you can so see the love as well. As a gay man growing up in South Dakota, I was told every day who I couldn’t love. It totally resonates – we are all told that.”

Ghysels concurs. “Everyone is looking for a place where we all can be together,” he says. “The story is about people asking if there is one person they connect with. It speaks to everyone. It speaks to all ethnic groups. Even if this show is sad, I think there is hopefulness in it.”