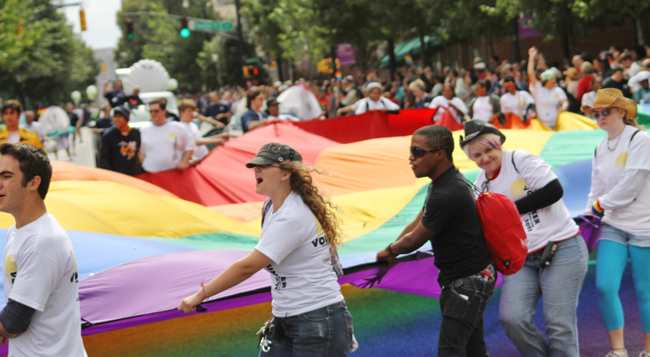 If you’re a landlord or lender looking to discriminate against LGBT people, take note: Gays in Atlanta are arming themselves with the details of a new federal housing rule aiming to combat that.

A coalition of LGBT groups – Georgia Equality, Health Initiative and SAGE-Atlanta – are hosting a trio of federal housing officials to parse a new rule from the U.S. Department of Housing & Urban Development to provide equal access to housing. You’ve got two chances to learn more: Wednesday evening and Thursday afternoon, both at the Rush Center. The meetings are open to the public.

The rule was announced in January by Housing Secretary Shaun Donovan, who highlighted its four main components:

First, an equal access provision making clear that housing that is financed or insured by HUD must be made available without regard to actual or perceived sexual orientation, gender identity, or marital status.

Second, by prohibiting owners and operators of HUD-funded housing, or housing whose financing we insure, from inquiring about an applicant’s sexual orientation or gender identity or denying housing on that basis.

Finally, the rule makes clear that sexual orientation and gender identity should not and cannot be part of any lending decision when it comes to getting an FHA-insured mortgage. Particularly with FHA playing an elevated role in the housing market today, this represents a critical step in ensuring that LGBT Americans have fair access to the dream of responsible, sustainable homeownership.

So there. Get ready to unfurl that rainbow flag at your new place.