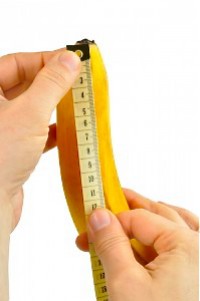 Well, it was bound to happen. Socially conservative Republicans and gays don’t just agree on Subway sandwiches anymore. They’re both pissed at the National Institutes of Health for a study that equates gay men's penis sizes with sexual positions. Of course, the politicos are miffed that taxpayer money was purportedly spent to subsidize “The Association Between Penis Size and Sexual Health Among Men Who Have Sex With Men.” While they fume over that-- without regard to the fact that an NIH grant paid one researcher who analyzed the findings, not paid for the study -- you may find yourself deflated over one of the study's findings. From a study of 1,065 gay men to see if a broad spectrum of health issues are related to penis size comes—pardon the phrasing, Mr. Sensitive—this little nugget: Participants who perceived their package as small or inadequate were more likely to bottom in bed, and those with larger penises were more likely to identify as tops. Hello? Ever heard of versatile? Consider all those self-reported hung, kinky, versatile queens in Atlanta, who apparently have nothing to worry about. Oh wait. The study says gay men with smaller-than-average junk are 53 percent more likely to lie about it. The news from the report does get worse, and does show that the goal of the study wasn't just about sexual positions: Gay men with size issues were also twice as likely to experience mental health problems, and there are disparities between size and STD infections that may hold implications for prevention measures due to condom breakage and slippage.

“These data highlight the need to better understand the real individual-level consequences of living in a penis-centered society.”

Maybe that’s true: We do appreciate even academic reasons to think about our junk during the course of our day. Perhaps we should indulge ourselves even more and go back to comparing our index-to-ring finger ratio to sort it all out. Thanks, Science!