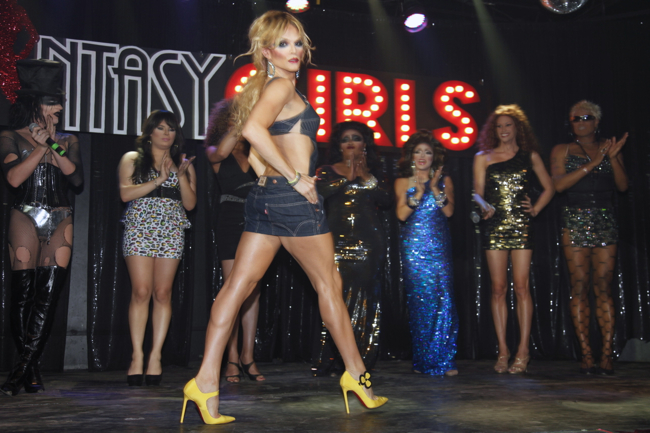 The most notorious “RuPaul’s Drag Race” queens just keep on coming. On Wednesday, that meant the show’s love-to-hate Willam Belli serving face, body and attitude to the Fantasy Girls crowd at Jungle.

Willam promised us in a hilarious, revealing interview before the show that she’d let the bitches have it. That she did. The “Chow Down on Chick-fil-A” queen showed off her look as well as a talent for hamming it up and making people laugh.

The Fantasy Girls themselves didn’t let anyone down, either. The show’s opening number found the full cast channeling “Chicago” for “He Had It Coming,” then individual performances got the audience juiced for Willam to take the stage. The appearance follows “RuPaul’s Drag Race” alums Sharon Needles (keep up) and Latrice Royale (view photos) as the most recent guests of the monthly performance night.

Tributes from across LGBTQ Atlanta are commemorating Monica Van Pelt, the drag mainstay who entertained fans for years. She died Sunday at the age...
Read more
News