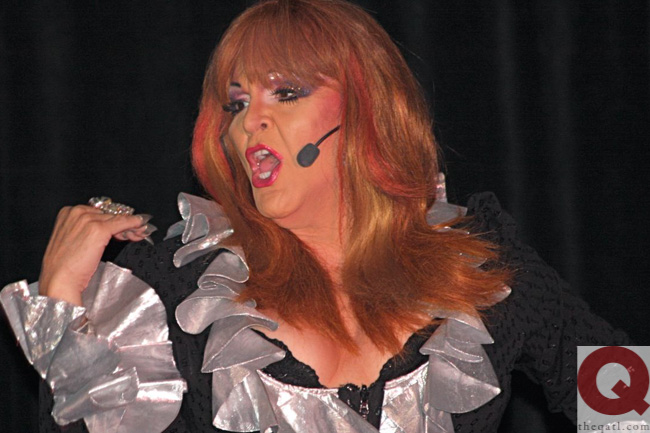 Scores of drag entertainers are scheduled to perform on Sunday during a benefit for Charlie Brown, who has been out of work for seven months due to health issues.

The drag legend suffered a stroke in July, then sustained multiple injuries in a fall on his first day back to work at Lips in December.

“I came out of the VIP section and hit the booth in front of it,” he told Project Q Atlanta.

The fundraiser takes place Sunday at 6 p.m. at Amsterdam. Marc Jones and Bubba Dee will emcee, while DJs Rob Reum and George Greenlee will provide the music.

Tips and admission fees will be donated to Brown at the end of the show, according to event co-organizer Anthony Baza-Fainn.

“This benefit event is important because it allows the community to show Charlie the love and support that he has provided over the last few decades,” he said. “With this benefit show, we want Charlie to feel the same unconditional love that he gave to so many.”

Brown will attend the event but won't perform.

“It’s unbelievable and I can’t thank the people enough that have stood by me all these years,” he said. “I’ve always raised money for other organizations. I’ve never been on the receiving end.”

Brown hopes to be back performing at his regular Friday and Saturday night shows at Lips in a few weeks.

“I’m right-handed and fractured my right shoulder; I’m having to learn to do everything left-handed,” he said. “I had X-rays last weekend and they said it was healing good.”

Brown hosted Charlie Brown’s Cabaret for nearly 20 years at Backstreet, the 24-hour dance club that closed in 2004. He opened his own bordello-style venue in Underground Atlanta after that, but it later closed. He’s performed at several other Atlanta venues in the years since.

A Benefit Night for the Legendary Mr. Charlie Brown takes place Sunday at 6 p.m. at Amsterdam. Admission is $5 at the door. Reserve a table for four for $65 by contacting Mark Kramer at 770-321-1276.