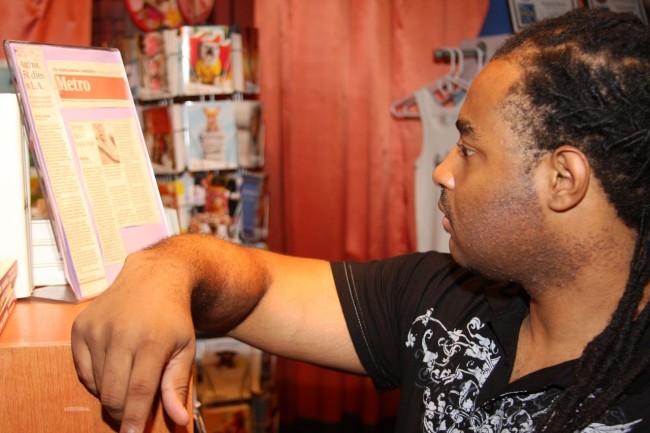 The event on Sunday came during Atlanta’s Black Gay Pride celebration and is one of two tributes to Harris. On Sept. 22, the national tour to promote “Mama Dearest” kicks off at Outwrite. The evening, which begins at 7:30 p.m., is scheduled to feature nationally-recognized authors including Eric Jerome Dickey, Clarence Nero, RM Johnson and Tina McElroy Ansa. Gilmore is also expected to take part in the event.

Harris died July 23 after suffering a heart attack during a West Coast swing to negotiate getting his work to the silver screen. The prolific writer—his work includes 11 novels and a memoir—left behind a franchise that could reach $100 million to $250 million in motion pictures, television movies, DVDs and musicals, according to a recent report from BET.

View the Project Q Atlanta photo album from the tribute.