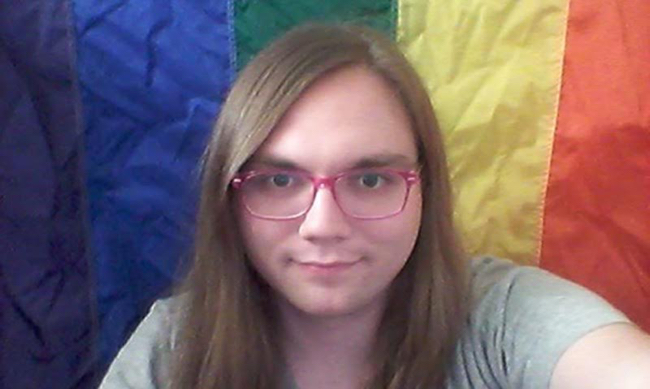 A year after the 21-year-old leader of Georgia Tech’s Pride Alliance was shot and killed by campus police, there are conflicting reports over the school’s response, and a civil lawsuit against the school is in the works.

Scout Schultz, who identified as bisexual, nonbinary and intersex, called 911 on Sept. 16, 2017. Campus police responded and found Schultz in a residential area of campus holding what appeared to be a knife.

Officer Tyler Beck, 23 at the time, shot Schultz once in the heart and they died about 30 minutes later at Grady Memorial Hospital. Violence marred a tribute to Schultz two days after the shooting, leading to a police cruiser being set on fire and a crowd scuffling with police.

The killing raised a number of questions, including why the responding officers weren’t equipped with tasers and training to de-escalate the situation in a less violent way.

Georgia Tech said that now all sworn officers have been given tasers and 87 percent of officers have received Crisis Intervention Team training offered by the GBI, according to WSB-TV.

“It is now a departmental standard to have 100 percent of GTPD sworn officers complete the 40-hour Crisis Intervention Team training,” the school said in a statement to the AJC. “The Basic Peace Officers Course, the academy-level training that all officers must complete, includes crisis intervention.”

Twenty-four of the 26 University System of Georgia campuses are equipped with tasers, and one is nearly done deploying them, according to the AJC. Officers at the University of Georgia and Georgia State carry tasers.

Meanwhile, Beck has been on paid administrative leave since the shooting.

“That doesn’t sound like a punishment. It sounds like a reward,” Scout’s father, Bill Schultz, told the AJC.

Bill Schultz told WSB-TV that he’s frustrated no criminal charges have been filed against Beck a year after the shooting.

“My last memory of Scout is probably taking them to Walmart to buy their supplies for the coming school year,” Bill Schultz said. “It really (was) just the one officer who put a bullet through Scout's heart.”

The Fulton County District Attorney’s Office told WSB-TV that the case is still under investigation.

Bill Schultz is planning to file a civil lawsuit against the university.

“They are willing to do some of the public changes with the officers, but of course whenever it comes to writing a check, that’s a totally different ballgame,” he told WSB-TV.

'The tragedy may very well be repeated'

There were 180 recommendations. More than 50 suggestions are in the works or have been completed, such as the expansion of Tech’s LGBTQIA Resource Center, which was derided as way too small to adequately serve students. Peterson last year created a fund for donors to contribute money for student mental health and wellness initiatives and quickly received a $1 million contribution.

But the Young Democratic Socialists of America at Georgia Tech — of which Schultz was a member — issued a statement to the AJC calling the moves “nothing more than a path forward for Bud Peterson’s imperiled career.”

“One year after an easily preventable and devastating killing of our member and fellow student, these underlying structural conditions remain unaddressed, meaning that the tragedy may very well be repeated,” they said.