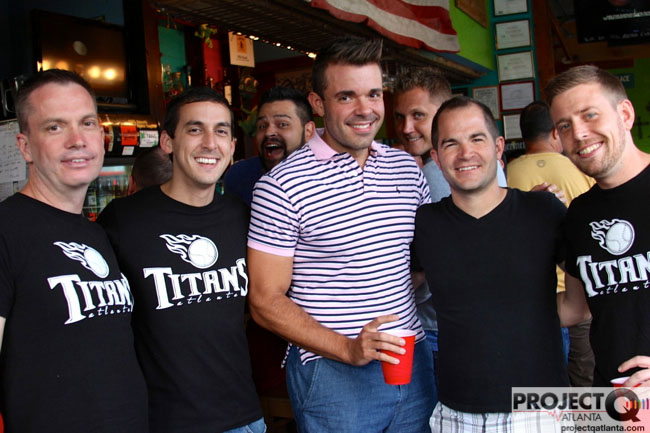 The Titans of Hotlanta Softball party infamy each summer have trained their beer goggles on the fall Southern Softpaw League season. Besides their play on the diamond, these guys do it as much for putting the fun in fundraising. This time, it was for Titans’ own Matt Rinker (top photo, second from right), who’s chasing Atlanta’s District 5 seat with cocktails in his fundraising arsenal.

To help Rinker get to a pretty damn gay election day, there were Jello Shots, live music by DJ Shane Smith, raffle prizes and more.