Falcons make it clear: Gay prospect OK with us 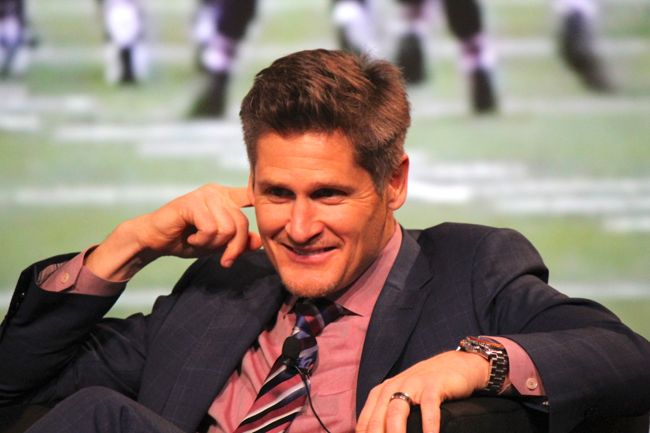 The Atlanta Falcons broke their silence on SEC football star Michael Sam, backing the newly out gay jock and saying he'll be evaluated for his skills on the field and not his shirtless dance moves off of it.

"We recognize and appreciate the courage that Michael Sam demonstrated with his recent announcement," Dimitroff said in a statement "The NFL has always valued inclusion and diversity. As a team-builder, our job is to judge players on their talent, character and potential. His announcement will have no bearing on how we evaluate him as a football player."

Which is refreshing, since executives with several NFL teams have said otherwise.

Coaches with the Falcons worked with Sam during the Senior Bowl last year, which raised questions about whether the team might draft him in the wake of his coming out publicly on Sunday.

Dimitroff says it's about skills and character.

"We’ve always taken pride in the locker room that we’ve put together," Dimitroff told ESPN.com in a follow-up conversation. "In the end, this about the individuals and how they adhere to our team concepts, our team approach. And it’s about the individual’s character and his ability to make this team better."

Though the Falcons sometimes allow skills to outweigh character. Hey there, Asante Samuel and Roddy White.

But if the Falcons do draft Sam in May, they might want to brush up on gay vocabulary before they ink a deal. "Sexual preference" hasn't been in vogue for years.

Now that Sam has gone public, it is fair to wonder if the topic of his sexuality will be discussed when he sits down with teams prior to the draft. Those questions might surface during the upcoming NFL combine. But the Falcons won’t engage in such inquiries, according to Dimitroff.

"An individual’s sexual preference is not part of our research," Dimitroff said.