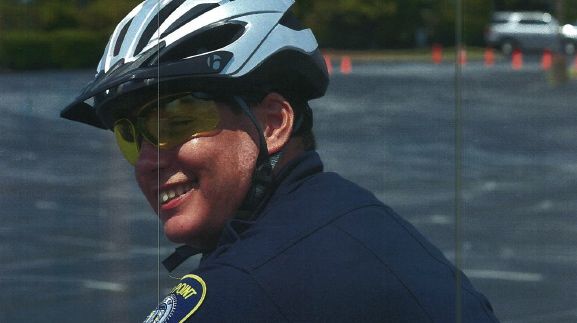 Just hours after authorities confirmed that a decorated East Point police officer was shot in the head and killed, her former girlfriend was arrested on Tuesday and charged in connection with the murder.

Police Cpl. Crystal Parker, 34, died from a gunshot wound to the head, shot while she was in her Creel Road home in Fulton County on vacation. A family friend asked police to check on Parker and an officer discovered her body on Sunday night.

Early Tuesday evening, the multi-agency Southeast Regional Fugitive Task Force arrested Danielle Parker, 30, and charged her in connection with the homicide, according to Jim Joyner, a supervisor to the task force that is overseen by the U.S. Marshals.

A police source told FOX 5's George Franco that Danielle Parker was previously known as Danielle Alexander. She was the domestic partner of Crystal Parker and they broke up a few months ago, the source said.

Joyner said he did not know the details of the relationship between the two woman and referred questions to the Fulton County Police Department, the lead agency in the homicide investigation. A police spokesperson could not be reached for comment late Tuesday.

Parker worked for police department for six years. In 2012, she was named Police Officer of the Year.