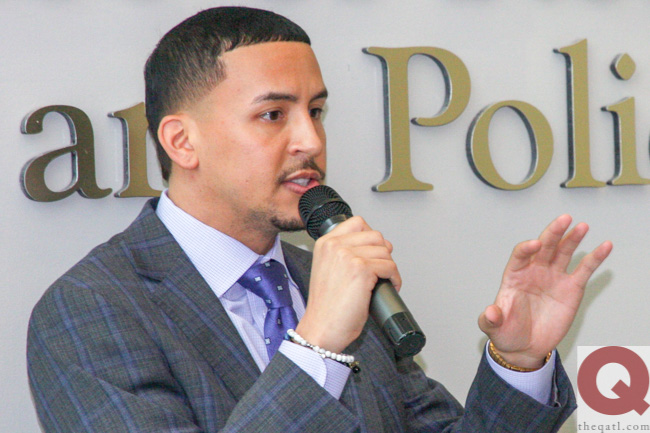 Over 70 people living with HIV are facing evictions, and emergency aid isn’t coming anytime soon to help those affected by the City of Atlanta’s long-troubled HIV housing program.

The dispute between the city and Living Room, a housing organization for people living with HIV, affects some 250 city residents. Living Room says the city is months late on paying it some $500,000 owed as part of the federally-funded Housing Opportunities for People With AIDS (HOPWA) program. The city says Living Room failed to follow the program’s rules.

Stuck in the middle are the 250 residents living with HIV, who are now facing homelessness, according to Stefanie Sparks of Atlanta Legal Aid.

“For these clients, they have paid their portion of the rent, so they’re getting evicted through no fault of their own,” she told Project Q Atlanta. “Getting this eviction notice is trauma.”

Atlanta Legal Aid set up a team of lawyers to help 70 clients who said that Living Room hasn’t paid its portion of their rent for months, according to Sparks. Those clients stay in 54 rental units provided by for-profit company Rebirth Housing, according to the AJC. The clients have no hope of stopping their evictions, and half are scheduled to lose gas services and electricity on Friday.

“It’s not good,” Sparks said. “At this point, we are just trying to deal with each client on a case-by-case basis.”

The U.S. Department of Housing & Urban Development distributes HOPWA funding to cities, who are then responsible for distributing the money to housing organizations. Those groups use the money to pay for rent and other services for people living with HIV.

Jerome Brooks, executive director of Living Room, said the city is withholding the group’s HOPWA funds as retaliation for him proposing an overhaul of the city’s grants management departments.

A city spokesperson did not respond to Project Q’s questions about what the city is doing to help the 70 residents on the verge of homelessness, or the other 180 residents affected.

City sitting on over $20 million in HOPWA funds

The city manages the HOPWA program that covers 29 counties across the metro Atlanta area. Over 2,500 people living with HIV are served by the program, according to Rasheeda Jordan, housing director for Positive Impact Health Centers.

The city was supposed to administer $23 million in federal funds for the program, but has only spent $1.9 million of it, according to the AJC.

Problems with the city's HOPWA program go back years, issues chronicled by Project Q in August 2018. That's when housing advocates called the city's HOPWA grants management “a mess.” City officials hoped at the time to address the issues to avoid the problems when the city's new fiscal year opened this summer.

“There’s a been a cumulative effect that’s been building up that’s put the city in the position it’s in,” Brown (photo) told Project Q. “We’re looking with this subcommittee at working with all the parties in coming up with a permanent solution to addressing this problem.”

But the measure won’t pass without a vote before the full council, which won’t meet again until Aug. 5 due to a two-week recess in July.

Brown abstained from the vote on emergency aid, saying he needed more information.

“I abstained from the vote pending that the Office of Grants Management provides a list from the providers on what these funds will be used for and inspecting to make sure they’re in compliance with HUD,” he said.

Until then, the affected residents will wait, with another month’s rent due in August and no end in sight to the city’s crisis.