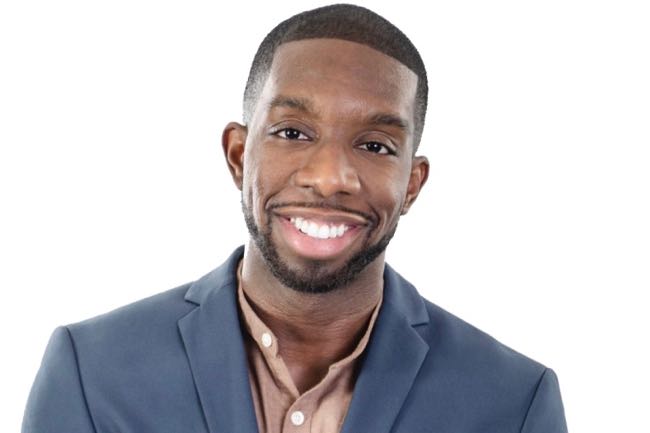 The Gwinnett County school board unanimously elected Everton Blair as chair on Thursday, making history by choosing its first Black and gay member to lead it during 2021.

As chair of the five-person Board of Education, Blair now leads a panel that oversees the largest school system in Georgia’s second-most populous county. He is one of about two-dozen LGBTQ school board members in the U.S. and apparently is the only gay school board president in the country, according to the Victory Institute.

He said his leadership of the board will focus on improving excellence and equity in the school system, which has a $2 billion annual budget, nearly 180,000 students and more than 140 schools.

“We need to make sure that we are listening and bringing forth the changes that our communities are desiring and have for so long needed, and that we’re doing so in a way that maintains the excellence of our school system. That’s my commitment,” Blair said.

The election on Thursday came at the beginning of a school board meeting that lasted nearly six hours and included about 70 speakers. Many of them were concerned about the district’s plans for digital learning during the coronavirus pandemic. Before two new school board members took office this month, Blair was often the lone dissenting voice on the district’s plans to return to in-school instruction ahead of other metro Atlanta districts.

But the vote to name Blair as board chair came quickly and without dissension.

Blair’s elevation to chair is the cap of dramatic changes on the school board since he was elected in 2018 as its first Black and gay member. At 28, Blair is also the board’s youngest member.

In November, voters ousted two incumbents as the school board flipped from a white Republican majority to a Black Democratic one. Blair encouraged the two new board members and offered advice throughout their campaigns.

One of them, Karen Watkins, was elected board vice chair on Thursday. Blair cast the deciding vote. The other, Tarece Johnson, ousted Louise Radloff, who served on the board for 47 years.

Blair replaces Radloff as chair. In July, Radloff was heavily criticized after complaining to Wilbanks that “I could strangle” Blair. The remark came at the end of a school board meeting and was caught on a live microphone.

In the third year of his term, Blair now leads a school board facing a lingering pandemic and calls for racial equity. A third of the district’s students are Hispanic, another one-third are Black and about 11 percent are Asian or Pacific Islanders.

“Where I think we need to do the most new work is around equity,” Blair said.

“If we have academic standards, and if we have measures of college and career readiness that we want all students to attain, we’ve got to look within each school, across schools, within racial demographics, across identity characteristics, to make sure that no one group is marginalized and to increase investments so that wherever students need more, they get more,” he added.

Blair is National Governance Director for New American Leaders, a nonpartisan organization working to empower immigrants and their allies to run for public office. He’s a product of Gwinnett schools and graduated from Shiloh High School in Snellville. Blair said that experience will help shape his work on the school board.

Blair said that he recognizes his selection as chair is “a poignant moment.” But beyond the symbolism, it’s also strategic, he added.

“I do listen to everyone. And I’m probably the single board member that has very strong and I would dare say, not just cordial and neutral, but like positive and deep relationships with every other board member. A lot of this work is relational. And so we need to make sure that we’re working together, not in factions with silos. We need to make sure that we’re not pitting each other against one another,” Blair said.

As Gwinnett’s elected leadership turns Democratic and decidedly more diverse, Blair is one of four LGBTQ elected officials in the county. He won office two years after Rep. Sam Park, who in 2016 became the first gay man and first Asian-American Democrat elected to the state House. Park now leads the county’s legislative delegation. In 2018, Ben Ku was the first Asian-American and first LGBTQ person elected to the Gwinnett County Commission. Last year, Rep, Marvin Lim – an Asian immigrant born in the Philippines – was elected to the state House and took office earlier this month.

“For Gwinnett to have four openly gay officials is really powerful. It’s just powerful because we’re able to show competence and complexity and intersectionality. All of us are also the first in something else,” Blair said.

Gwinnett Superior Court Judge Angela Duncan, a lesbian who took office in 2020 after being appointed to her post by Gov. Brian Kemp, faces voters for the first time in 2022.

Blair, Park and Ku discussed their historic elections and Gwinnett’s changing demographics during a Q Conversations in July.

Blair is just one of a handful of LGBTQ people ever elected to school boards in Georgia. Lesbian pastor Mitzi Bickers won a seat on the Atlanta School Board in 1993 and later became its president before resigning in 2003. Bisexual entrepreneur Antwon Stephens was appointed to the Clarke County School Board in 2020 but did not seek election to a full term.

Blair said he’s up to the task of leading the school board through a difficult year – one that so far is as challenging as a 2020 that most everyone wants to forget.

“It’s going be a wild, wild year. If 2020 showed us anything, and if the beginning of 2021 has showed us anything, brace yourself. And at the same time, there’s no doubt in my mind that – though I don’t think that I’ll do a perfect job and though there’s a lot of work for me to learn to do – I think that I’m the most ready for this moment,” he said.