Even 50 Cent is better than Lil Scrappy on gays 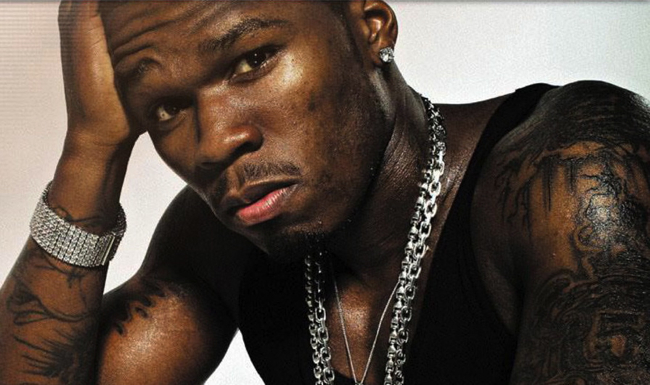 Ocean, singer for the group Odd Future, promoted his upcoming solo debut album “Orange Channel” with a surprising revelation, especially for the notoriously homophobic Hip-Hop world: He’s gay. Ever since, the rap world has reverberated with reaction. Now 50 Cent (photo), one of its biggest names with one of the least gay-friendly reputations, steps into the fray.

It started getting ugly when Atlanta wannabe Lil Scrappy dive-bombed an interview with TMZ (watch) by saying he’s all for Ocean coming out … because gay causes AIDS. Rather than listen to criticism of his ignorance, he actually got defensive about it.

Luckily, recording artists with bigger public images, better music and better minds for what’s up have stepped in with their support for Ocean and gay rights. A gay kiss for rapper Murs (watch) got things started in the right direction in his Romeo & Romeo tragic love story for the music video “Animal Style.” But the stakes got even higher Monday, when bigtime artist 50 Cent, who has taken heat for anti-gay lyrics and statements, changed his tune in response to Ocean’s coming out.

That’s right. After batting down gay rumors of his own, spitting homophobic lyrics, outright saying he isn’t comfortable around gay guys, joking that gay bullying victim Tyler Clementi should have killed himself for being gay, and other insensitive anti-gay remarks, 50 Cent now says in an interview that he respects Ocean for coming out and also stands with the president in support of gay marriage.

“Anyone that has an issue with Frank Ocean is an idiot. I think Frank Ocean is a talented artist, I think he’s created material that made me know his name, that impressed me … The more successful that project is now, it’s going to leave people in the position where they can actually say: ‘Look, I’m gay.'”

There’s more. Ever since President Barack Obama made comments about supporting gay marriage, 50 Cent has done the same. “If the president is [endorsing] that, then who am I to go the other way?” he explained.

Listen to your elders (and betters), Scrappy. And please. Can Atlanta get one straight reality star who isn’t female on TV who embraces — hell, who even just accepts or tolerates — gay people to show the world that our city is keeping up with the times?