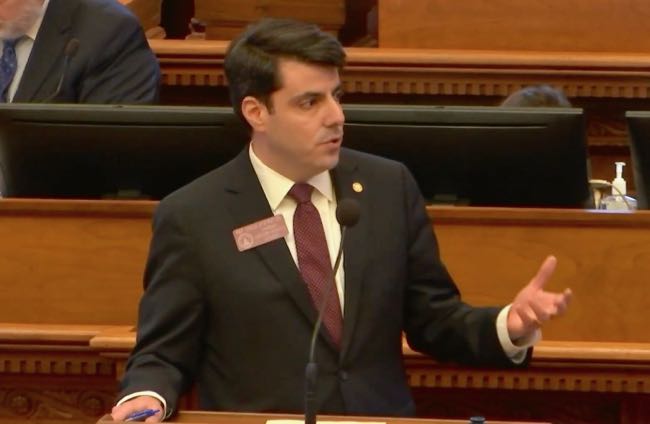 A bipartisan effort to bring a hate crimes law to Georgia is reportedly being held up by evangelical opponents, who claim the legislation would lead to the arrest of anti-gay pastors.

The House Judiciary Committee overwhelmingly approved House Bill 426 on Feb. 26. The bill was scheduled for a vote by the full House on Monday but action was later postponed to Tuesday. The House adjourned on Tuesday without voting on the legislation.

The bill stalled over the concerns from the Faith & Freedom Coalition and other evangelical groups, which misrepresented HB 426 by claiming it would lead to pastors being arrested for preaching against homosexuality from the pulpit, sources told Project Q Atlanta.

The claims and the delay led Georgia Equality and the Anti-Defamation League to send out action alerts Tuesday urging supporters to descend on the Capitol on Thursday to lobby lawmakers to pass the bill. Lawmakers are not in session on Wednesday.

Thursday is Crossover Day, the day by which legislation must pass in one chamber of the legislature to remain active. But this is the first year in a two-year legislative cycle, so the bill would carry over into the 2020 session if it doesn’t pass this year.

HB 426 would impose heightened penalties for crimes committed because of someone’s “belief or perception” regarding the victim’s sexual orientation, gender, race, color, religion, national origin, mental disability or physical disability. It does not include gender identity as a protected class, but supporters of the bill said the inclusion of “belief or perception” would allow it to cover transgender people.

Evangelical groups spoke out against the bill during a House Judiciary Non-Civil subcommittee meeting on Feb. 25 over concerns about the inclusion of sexual orientation as a protected class.

We reached out to State Rep. Chuck Efstration (top photo), the sponsor of the bill, and Mike Griffin of the Georgia Baptist Mission Board to ask about the delay and have not received a response.