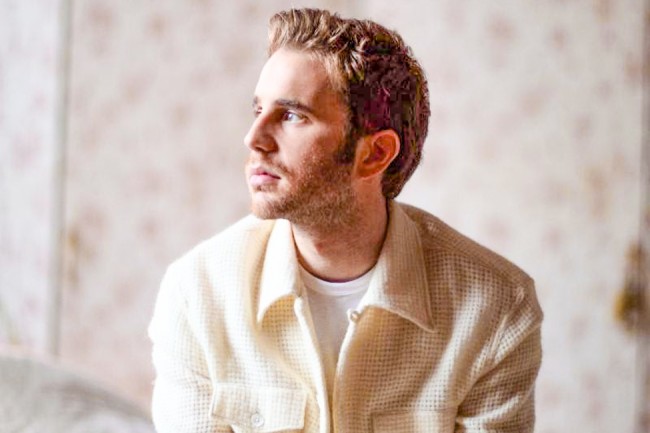 Benji in Pitch Perfect. Elder Cunningham in Chicago’s production of The Book of Mormon. The title role in Broadway’s Dear Evan Hansen.

Ben Platt packed some extremely noteworthy roles onstage and onscreen into his first 25 years. And the out actor-singer shows no signs of stopping as he heads for a show in Cobb County this week.

Beginning with a role in The Music Man at the legendary Hollywood Bowl with Kristin Chenoweth and Eric McCormack at the age of nine, Platt caught the showbiz bug early. It’s in his blood, though. Dad Marc produced La La Land, and brother Jonah is an actor, writer, and producer.

Platt loved acting and went on to win a Tony Award for his Broadway debut in Hansen. He branched out with the opportunity to make an album. The record label approached him about it after the cast album for the hit musical, and Sing to Me Instead is the result.

He lands in Atlanta on May 16 at Cobb Energy Performing Arts Centre behind the debut, which showcases Platt’s clear, strong vocals. The man won an Emmy and a Grammy for his singing, so the album wisely doesn’t distract from the main event: Platt’s pipes.

Platt wrote with several hit-making songwriters. Collaborators include Eg White (Adele, Kylie Minogue, Sam Smith) and Ben Abraham (Kesha, Macklemore and Ryan Lewis, Demi Lovato). At the end of the recording process, Platt had over 40 songs that were then whittled down to the dozen that appear on the album.

In the music video for “Bad Habit,” Platt officially came out to the last few fans who didn’t know he was gay. At the end of the video, Platt goes to his ex’s photography exhibition where we see some glimpses of their time together. The video concluded by revealing the ex in question, played by hunky gay heartthrob Charlie Carver.

While Platt had been out in his personal and professional lives for quite some time, the release of the “Bad Habit” video and the subsequent press tour for Sing to Me Instead were the first times when some of his fans found out about his sexual orientation.

The subsequent video for “Ease My Mind” flashed back to happier days, with Platt and Carver portraying heartwarming and tender moments as a couple. The video trilogy concluded with “Grow as We Go,” which used interpretive dance to illustrate a couple who have decided it’s best to go their separate ways.

Platt also released videos for mid-tempo tracks “Temporary Love” and “Older,” which had the same emotional, evocative quality as their predecessors. Both videos portrayed a variety of types of couples in their narratives, which are refreshing, as is Platt’s use of male pronouns in his songs on the album.

Not all of the tracks on Sing to Me Instead are tearjerkers, though. “New” and “Share Your Address” are up-tempo and exuberant. The former celebrates moving on and finding a renewed sense of self after the dissolution of a bad relationship, and the latter chronicles infatuation and the giddiness of new love.

If you’re hoping Platt will sing some of your favorites from Pitch Perfect or Dear Evan Hansen when he hit Cobb County on Thursday, you’ll be disappointed. Platt is focusing on his album during this tour, so it is highly unlikely he will bust out with a number from the Treblemakers from Perfect or belt out “You Will Be Found” from Hansen.

After the tour, Platt returns to the silver screen in Drunk Parents, costarring Alec Baldwin and Salma Hayek. In September, he hits the boob tube in Ryan Murphy’s new show, The Politician on Netflix.

Platt serves as one of the executive producers for the Netflix series in which he plays a high school student running for student body president. Trans editor and author Janet Mock (Pose) is one of the series writers, and the cast includes Gwyneth Paltrow, January Jones and Bette Midler along with Murphy alums Dylan McDermott, Judith Light and Jessica Lange.

It sounds like Platt is busy packing in more noteworthy roles and experiences into his second 25 years.

Ben Platt appears at Cobb Energy Performing Arts Centre on May 16, 8 p.m. Sing to Me Instead is available on Atlantic Records. Visit cobbenergycentre.com and benplattmusic.com.

A version of this article originally ran in Q magazine. Read the full issue: