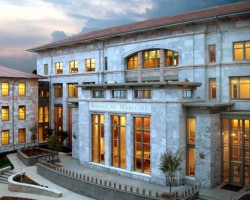 Emory University is so overrun by the gays that the campus wants to make it easier for them to cruise one another through a Manhunt-esque site it’s launching this fall. Could an Emory Grindr be far behind?

Out on Campus is now taking submissions from students, employees and alums who identify as LGBT – and since it’s Emory, queer, genderqueer, same-gender loving and anyone else that’s non-heterosexual – for the new page, which will launch this fall when it has more than 50 participants. Somehow, we’re figuring it’ll have more than 50 by week’s end.

And this is where it gets fun: The public page will include your photo, graduation year – ha, try and fudge that one like you do in your online cruisy life – and the “gender and/or sexual identities you want included.” Want to cruise your former profs? Yes, the page asks for your Emory affiliation – student, staff, faculty and alumna/us.

Of course, Emory explains away its new Manhunt-esque page as an effort of its Office of LGBT Life to boost the visibility of the campus’ queer population. It’s part of a two-pronged effort.

The Office of LGBT Life found that despite Emory leading the way in creating a gay-friendly campus, seeing a 239 percent increase in student visits to its office, a president that shows the gay love, prominent HIV research efforts and hosting everyone from a gay bishop to a gay mayoral candidate, that students might not know LGBT staff and faculty or about outreach efforts.

Community is important and it can be difficult to create community when our identities are not always visible. In recent focus groups and surveys, many students indicated that they do not know any LGBT identified faculty and staff. They specifically noted a lack of knowledge of out faculty and staff of color and transgender/genderqueer faculty and staff. Students also indicated a desire to have LGBT faculty as mentors.

In a survey of faculty, staff, and students conducted by the PCSGDQE last year, there were concerning responses by participants who were clearly unaware of Emory’s commitment to the LGBT community. It is therefore important to acknowledge the LGBT community’s vibrant presence at Emory as well as increase staff, student, and faculty awareness of Emory’s values and its commitment to diversity.

So get that profile pic ready and go here to submit it. Happy campus cruising.