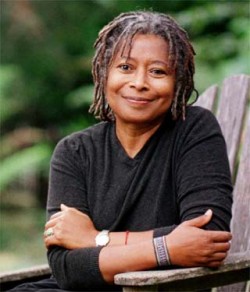 Those gay-loving progressives at Emory are up to their liberal loving again. This time, the Decatur school of the rich and well-to-do (and apparently gay) is hosting a gaggle of leftist icons that would make Rush Limbuagh wet his bed.

All four will be honored by Emory — along with Myrlie Evers Williams, widow of murdered civil rights leader Medgar Evers, and former Coke boss E. Neville Isdell — on Nov. 4 for their contributions to humankind. The next day, Emory will fete them again during a panel discussion on campus.

They will receive the James Weldon Johnson Medals — Lewis and Williams for their civil rights work, Steinem for journalism, Walker for literature, and Franklin and Isdell for their humanitarian work.

As if offering one of the most gay-friendly campuses in the country or giving gay mayoral candidate Kyle Keyser his first shot at a debate with the major candidates isn’t enough, Emory now offers this liberal lovefest. The campus paper, the Emory Wheel, even traces the evolution of LGBT relations on campus in the lead-up to Pride this weekend.

With Pride considering where and when to hold the 2010 festival, it’s just more proof supporting our argument that Pride should be held in the campus quad. It’s like gay Pride there every day anyway.