Emory not as gay friendly as we thought 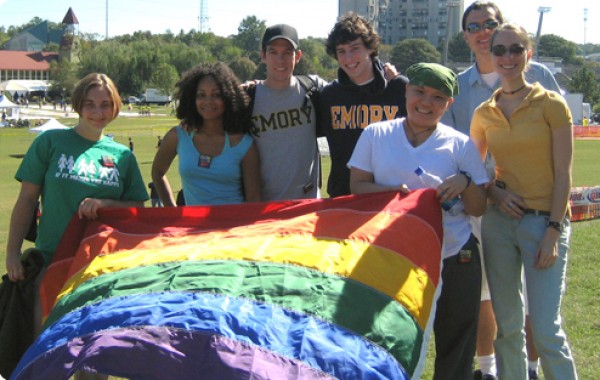 We know how much Emory University loves its gays. But the Princeton Review wasn’t paying as close attention in its annual list of Most LGBT-Friendly Schools.

We may know in our hearts that Emory and its alumni are uber-gay, but in Princeton’s annual study of 122,000 students across the country, Emory didn’t make the cut when it comes to LGBT inclusion. No other schools in Georgia or the South made the list, either.

The good news is that no Georgia schools made the Most LGBT Un-friendly Schools list, and even better, Emory did rank No. 9 in Overall Quality of Life.

You have to register to see the rankings, so we’ll break it down for you: We demand a gay recount. Emory’s gay love starts with its president, James Wagner, continues with an active Office of LGBT Life (photo), and carries into hosting the likes of a gay bishop, a lesbian author and a gay mayoral candidate, to name just a few.

Not convinced? There’s also the school’s Hope Clinic and its HIV research along with the annual cavalcade of gay and lesbian cyclists who raise tons of money for it. Emory also researches gay couples, advises the parents of gay students, and commemorates World AIDS Day, too.

Even if Princeton Review doesn’t get it, others certainly do. Emory scored a perfect five stars in Campus Pride’s annual LGBT-friendly schools survey back in August, and the Daily Beast ranked it No. 16 in the Top 25 most Gay-Friendly Campuses in the nation in September. Take that, Princeton Reviewers.