Emory gets ‘serious’ about Chick-fil-A waffling 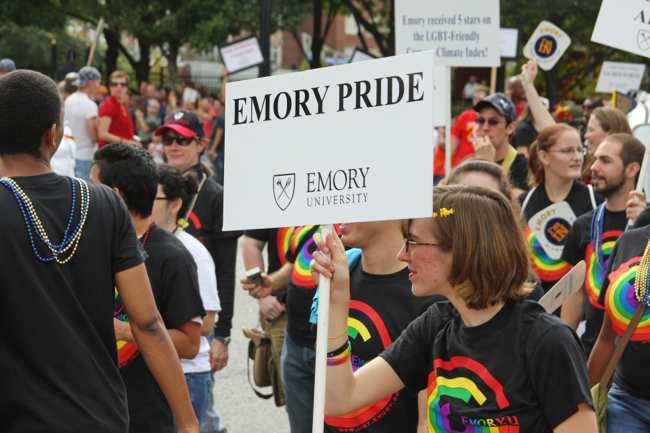 A top Emory official says Atlanta’s gayest campus is really thinking hard about Chick-fil-A and it’s anti-gay ways and that the restaurant may offend its principles if only the school could figure out how to apply them.

The two page-document (below) from Senior Vice President Ajay Nair, released Dec. 17 and reported Monday by the GA Voice, includes a 9-point explanation of the school’s “principles and conclusions” but reads more like a rambling monologue from that past-his-prime professor who somehow manages to get tenure even after repeating the same patronizing lecture year after year after year.

It’s Nair’s second statement that says nothing on the controversy, which has prompted some students to call for Chick-fil-A to be booted from campus. But if anything is certain in Nair’s statement from last month, it’s this: “Emory University will not ask Sodexo to exclude or retain Chick-fil-A on the basis of Dan Cathy’s public positions.”

But by all means, keep dialoguing about it.