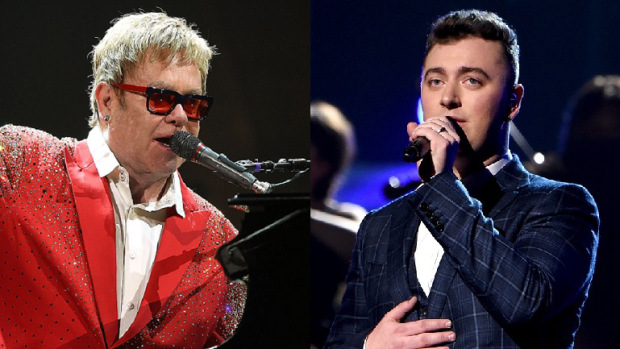 When it’s not infuriating some in the gayborhood and providing days of entertainment to others, Music Midtown is mostly bringing biggest-name talent to Atlanta. For the 2015 festival, it also brings some of the gayest.

In fact, Elton John may be the biggest and gayest name on any roster in any year. That’s right, the “Bitch is Back” in Atlanta. The part-time Atlanta resident headlines Music Midtown when it returns to Piedmont Park on Sept. 18-19. As the world has come to know over the past 50 years, when he’s not doling out HIV bucks in Atlanta, speaking for Jesus on marriage, or challenging Cher and Madonna, John can put on one hell of a show.

Speaking of putting on a show, gay crooner Sam Smith is on tap to lull you back down from the Elton excitement with his dulcet tones. Gay Atlanta loves him 19 different ways, and Smith’s own gay love story unfolded here just last year before fizzling.

Too bad Elton and Sam are a year late to rescue the festival from the anti-gay lyrics of Eminem, and even Captain Fantastic can’t save it from ruining Atlanta Pride if it rains.