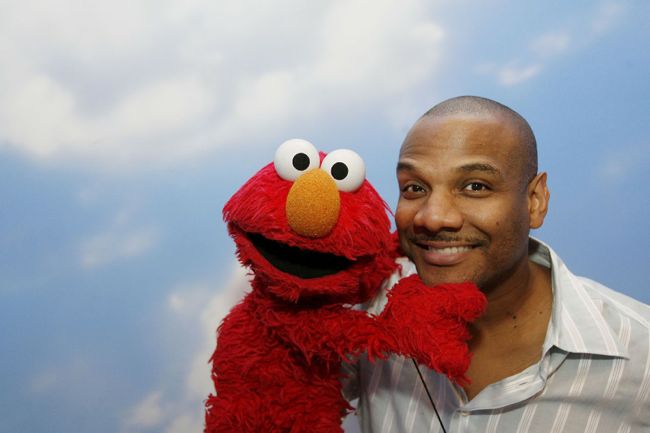 The embattled gay man that voices Elmo in falsetto, under fire over allegations that he sexed up an underage teen, is headed to Atlanta later this month to speak to college students about life, love and his furry red monster. Kevin Clash, the voice of the popular Muppet for 28 years, announced he is taking a leave from Sesame Workshop after the allegations surfaced on Monday. A 23-year-old man claims that he and Clash began a sexual relationship when he was 16 and Clash was 45. Clash acknowledged the relationship but flatly denied it started until the teen was legally an adult. Clash released a statement through his publicist denying the allegation. “I am a gay man. I have never been ashamed of this or tried to hide it, but felt it was a personal and private matter. I had a relationship with the accuser,” Clash said. “It was between two consenting adults and I am deeply saddened that he is trying to characterize it as something other than what it was. I am taking a break from Sesame Workshop to deal with this false and defamatory allegation.” Sesame Street officials stand by Clash. They twice interviewed his accuser and say he couldn’t substantiate the claims. The young man is now being represented by Andreozzi & Associates, the firm that represented one of Jerry Sandusky’s victims in the Penn State sex scandal. The Emmy Award-winning Clash is scheduled to speak at Georgia State on Nov. 28 as part of the college’s Distinguished Speaker Series. The series has included such luminaries as alternative medicine guru Deepak Chopra, “The Help” author Kathryn Stockett, singer John Legend and astronaut Mark Kelly.

Kevin Clash has won numerous Emmy Awards for his performances as the Sesame Street character Elmo and his work as the show’s co-executive producer. His unique and unlikely journey as the persona behind Elmo is chronicled in an award-winning documentary, Being Elmo: A Puppeteer’s Journey, and his compelling autobiography, My Life as a Furry Red Monster, What Elmo Has Taught Me About Life, Love, and Laughing Out Loud.

A GSU spokesperson said Monday that Clash’s appearance is still on. For now. At least until the optics of Clash’s furry red monster get close enough to college teens to tickle them and cause enough heartburn on campus that they politely ask him to stay away. UPDATE: The teen recants, even after emails surface in which Clash apologies for always talking about sex with his young lover.