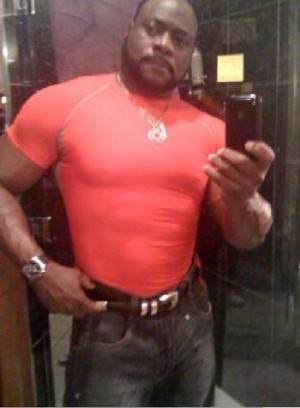 Megadaddy Eddie Long's church didn’t exactly throw the anti-gay preacher under the bus. But it also didn’t offer a convincing defense on Monday when it responded to a series of sexcapade lawsuits. When four young men sued Long in September alleging that the head of New Birth Missionary Baptist Church coerced them into sex, the suits also ensnared the Lithonia church. Long (photo) responded Nov. 1; the church hit back on Monday. The church’s response, though, was lukewarm at best. New Birth says the accusers accompanied Long on several trips but then took a “hear no evil, see no evil, speak no evil” approach to most everything else. From the church that Long created and built into a leading megachurch, you’d expect a stronger rebuttal to the charges against him. Instead, the church puts a little distance between itself and Long. From the Atlanta-Journal Constitution:

The Lithonia megachurch, in its response filed in DeKalb County State Court Monday, acknowledges that the men accompanied Long on trips, in some cases overseas, but said it couldn't explain the nature of relationships that may have existed between Long and the men. The response said "the church understands that Bishop Long often shared hotel rooms with members of the congregation while traveling," but it couldn't say whether Flagg shared a room with Long. The response was filed by attorneys with the Atlanta law firm Drew Eckl Farnham.

The church said Anthony Flagg, one of his accusers, said he traveled with Long to Alabama, New York and Las Vegas. But it added, according to the AJC, that it could not “admit or deny” that the pair had sex. Flagg alleges in his lawsuit that Long shared a bedroom with him on several trips and engaged in sexual conduct including kissing, massaging and masturbating. Yup, there was oral, too. The ongoing sex scandal prompted Tuan N’Gai -- a civil rights activist, author and founder of Silence Equals Consent -- to organize an interfaith prayer vigil for the four men on Saturday.