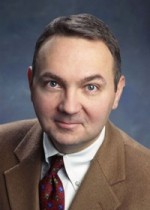 Ed Wall says he didn’t do it.

Or at least he pleaded not guilty in a Clayton County courtroom Tuesday to charges that he had sex with another man in a restroom stall at Hartsfield-Jackson International Airport.

Wall, a high-profile investment banker and former chair of the MARTA board, was snared by Atlanta police in March 2007 for allegedly having sex with Michael Reid Pettry. Pettry pleaded no contest in January and was sentenced to 12 moths probation, a $500 fine and 64 hours of community service.

Wall, on the other hand, is contesting the case at every turn. The case has been costly for Wall, who resigned as MARTA chair in the wake of the bust and was later dumped by Clayton County, who consulted with him on financial matters.

“We are suggesting the charge is not complete and not specific enough,” Sadow said. He declined to elaborate.