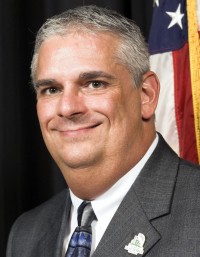 On Monday, Rhodes said that he’s picked up nods from Georgia Equality and the Gay & Lesbian Victory Fund as he steams toward a third term on the East Point City Council as its Ward B representative. Rhodes announced his re-election effort in December, nearly 11 months before the election in the Atlanta suburb.

“In a world defined by difference, our strength depends on our common humanity,” Rhodes said in announcing the endorsements. “During my two terms in office, East Point citizens have demonstrated vision and a steadfast resolve to support equal rights within the LGBT community. We have seen a range of actions from the adoption of Domestic Partner Benefits to the inclusion of the LGBT community in our City Charter. Georgia Equality’s mission to build a fair majority has provided the foundation necessary to realize the dream of the LGBT community to receive equal and fair opportunity. Thank you Georgia Equality and Victory Fund for providing the resources necessary to support East Point in becoming a star for the LGBT community in Georgia. Your continued endorsement is the corner stone of our success.”

Rhodes’ tenure on council has included history-making steps for LGBT equality: Council colleagues made him the first openly gay man to serve as mayor pro tem earlier this year, he helped to successfully lobby the council to expand the city’s nondiscrimination policy to include sexual orientation and gender identity in December 2009, and in 2005, he led successful efforts to offer domestic partner benefits to city employees

In September, Rhodes was named a grand marshal of the Atlanta Pride parade.

But this year as tensions heightened between Mayor Earnestine Pittman and the council, Rhodes charged that she abused her power in soliciting contributions through her monthly newsletter paid for by taxpayer funds and filed an ethics complaint.

In October, Rhodes filed a complaint with the East Point Police Department alleging a terroristic threat was made against him after a heated city council meeting.

The full endorsement from the Victory Fund:

Lance Rhodes has been active in his East Point community since first establishing his residency there. He began his service early on by serving on the Planning and Zoning Commission. In addition, he served on the Finance and Budget Committees and Pension Board.

During his tenure on the East Point Council, Mr. Rhodes received the high honor of the elected official of the month award from a leading Georgia civil rights organization, Georgia Equality. Mr. Rhodes was the first recipient of this award that has historically been reserved for national and state representatives. In addition to being a member of Georgia Equality, Councilman Rhodes is a member of the Human Rights Campaign and a member of Georgia Association of Latino Elected Officials.

The Victory Fund is proud to endorse Mr. Rhodes a third time for a seat on the East Point City Council.