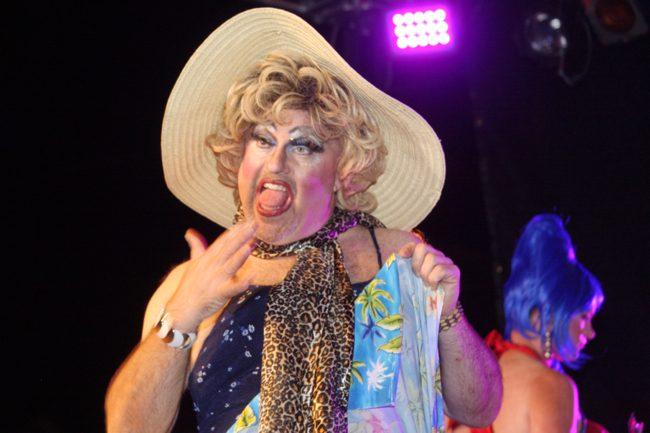 Admitting they struggled a little in funding the production of their annual show themselves for the first time, the East Point Possums released the final tally on donations for this year’s beneficiary.

The Possums reported to its Facebook fans on Thursday that about 75 percent of the money raised went to produce the affair. After expenses were paid out of $20,180 raised, a check for $5,000 goes to Atlanta’s LGBT hub the Rush Center, which houses the offices of Georgia Equality, the Health Initiative, Atlanta Pride and the meeting space for several gay satellite groups.

As the traditional kickoff to Stonewall Week that has grown exponentially since its inception as a backyard benefit, the Possums show in recent years has partnered with and benefited Atlanta Pride. Pride not only provided manpower to run the show, the group helped with upfront funds and supplies to offset expenses. With the extra support, the Possums last year split $11,000 between beneficiaries Pride and the MISTER Center.

The Possums tout the 2012 donation as a success as their first solo run and explain how it all went down behind the scenes of their LGBT lovefest this year:

When we partnered with Pride the show started to really grow and outgrew what we could provide on our own. As this became Pride’s kickoff event fro Stonewall Week in Georgia, the crowd grew, which lead to the need for a real stage, lights, and sound to accommodate the growth.

In past years, when the beneficiaries were chosen, they were asked to front the monies needed to produce the show. We always knew that we would be able to get their investment returned with a nice return.

With this being the 15th year, we decided it was time to stand on our own. We did not ask for any monies from the beneficiaries because we know that all grassroots are struggling.

It has always been important to us that the show remain FREE to everyone. Not everyone can afford the galas and benefits that happen in our great city. We want to make sure that ANYONE can come to the show, have a good time, celebrate Stonewall, and experience the magic that is the East Point Possums show.

It is really hard to describe the energy that flows through that grassy little plain every third Saturday in June, you just have to experience it for yourself and then bring others along for the ride the next year.

With all that said – I am happy to announce that all the receipts are in and we were successful in our endeavors.

However – with it being the first year of our own expenses, it cost just over $15,000 to produce.

We will be presenting the Rush Center a check for $5000.