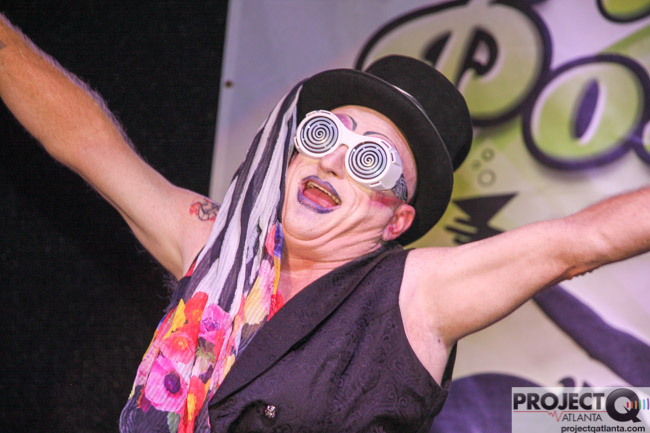 Camp drag for a cause unfolded on Saturday with a crowd of hundreds around an outdoor stage for the finale of the East Point Possums Show.

Organizers of the show couldn't be more pleased with how the finale unfolded on Saturday.

The 20th annual and final East Point Possums show is in the books and what a great time it was! Thank you to all who came out to East Point for one last night of #baddragdoinggood, and a very special thanks to all of the wonderful performers and amazing volunteers who came together to help us go out with a bang! Be on the lookout across our social media this week as we highlight a few of our favorite moments.

During the show, organizers also let loose with details of the opening of Lost N Found's new 4,000-square-foot drop in center that will allow the non-profit to better serve homeless LGBT youth. The organization said in March it was close to finding a home for the facility, which was housed in its 13,000 square-foot thrift store on Chantilly Drive off Cheshire Bridge Road. The new center, which Lost N Found hopes to eventually keep open 24 hours a day, is a quick drive from the thrift store.