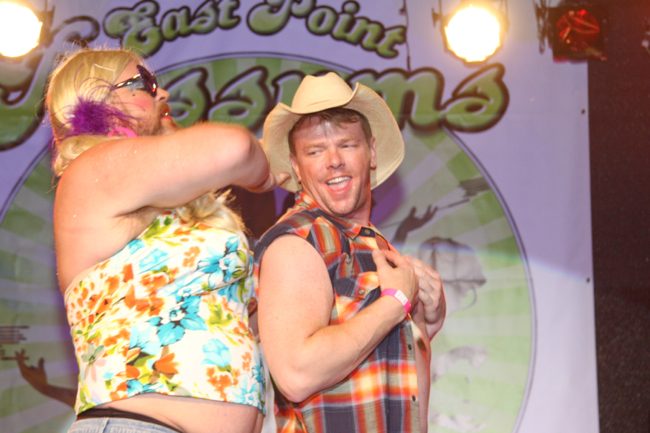 How does an East Point Possum turn 15? With a dragrific open-air spectacular that draws hundreds to a southwest Atlanta burb for three hours on Saturday to raise funds for charity.

That, in a nutshell, is the East Point Possums, who hosted their 15th anniversary show in downtown East Point to raise funds for the Rush Center. With its long list of performers that took on Celine Dion and Nicki Minaj to “Grease” and the Backstreet Boys, it’s a wonder that there were queens left to perform their usual sets in Atlanta’s gay bars.

And with a crowd that appeared to be at its largest in recent years, it’s little surprise that organizers ran out of liquor less than two hours into the event. Buzz kill or not, that didn’t stop fans from dropping their dollars in the buckets on stage. Funds raised at Saturday’s event benefit the Rush Center. The show was part of Atlanta Pride’s month-long Stonewall celebration.