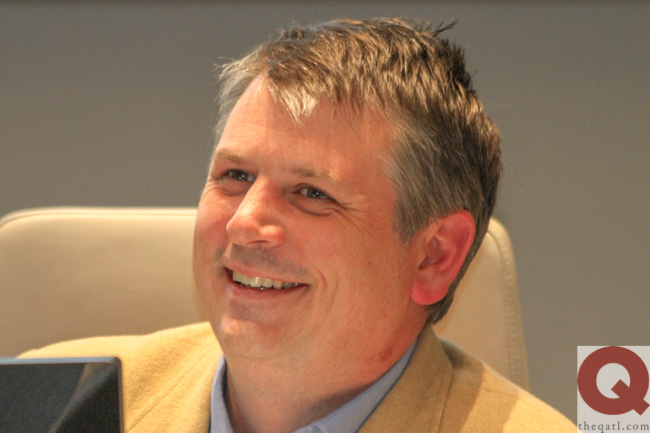 Passage of the measure, which was more than a year in the making, came just hours after the U.S. Supreme Court ruled that federal law prohibits firing someone for being LGBTQ.

“I know this has been a long journey, and it looks like tonight we will be a part of the celebration of advancement of equality and living our values and implementing ordinances in East Point saying we value everyone, require equity and inclusion and we are going to enforce that,” Mayor Deana Holiday Ingraham (second photo) said.

“We’re excited to see our level of commitment here in our city to LGBTQ rights as well as other protected classes,” Calloway said Tuesday. “In the end, we were able to get it done. It came on a very momentous day with the Supreme Court decision.”

Even though the Supreme Court decision applies to both public and private sector employers, it does not apply to businesses with fewer than 15 employees. East Point’s new nondiscrimination ordinance includes businesses with as little as one employee.

The new ordinance – like those in other metro Atlanta cities – calls for the municipality to review initial complaints of alleged violations and then refer the case to an independent mediator. A complaint must be filed within 90 days of the alleged act of discrimination and include a $50 filing fee.

A first offense results in a $500 fine, which increases to $1,000 for additional offenses. An employer could also lose its business license for repeated violations.

“The Mayor and Council believe victims of discrimination should have an opportunity and process available to address and remedy discrimination,” according to the ordinance.

The ordinance carves out a handful of exceptions, including a religiously oriented business that hires employees to perform work related to religious activities, non-profit private clubs not open to the public and religious organizations operating non-commercial facilities.

The fees for the hearing officer and the mediator are assessed to the non-prevailing party in the complaint, though the ordinance spells out exceptions to that. A mediator’s fees could be $500 or more per hour, East Point City Attorney Brad Bowman has said.

Calloway said assessing the cost of the complaint process to the non-prevailing party acts as a “safety valve” to help prevent frivolous complaints. That portion of East Point’s ordinance is similar to nondiscrimination ordinances in other metro Atlanta cities.

There is some discretion in the ordinance for the fees to be assessed to other parties, Calloway said. 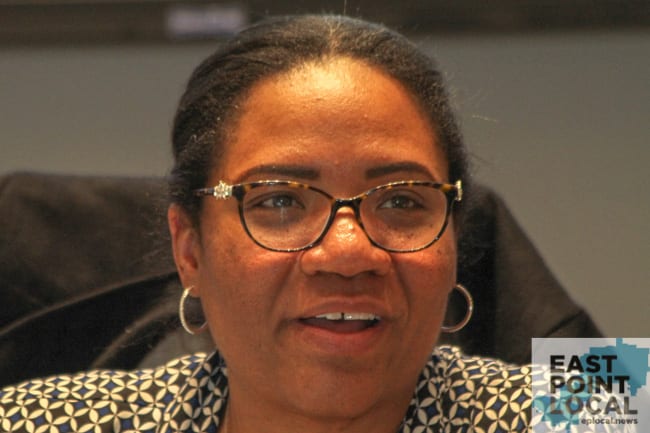 The ordinance proposed on Monday also addressed hate crimes. It mandated that East Point develop guidelines to identify, investigate and report hate crimes, train law enforcement on how to report them and require that hate crimes be reported to the FBI, which tracks the incidents across the U.S.

But the measure was stripped from the nondiscrimination ordinance so that city officials can develop a more thorough hate crimes measure. Organizers of a racial justice and equality rally in East Point called on the city to adopt a hate crimes ordinance. A hate crimes law being considered by state lawmakers for all of Georgia has also seen renewed calls for its passage in recent weeks.

“We want a more in-depth policy discussion with our staff to make sure that whatever we come up with would be implemented and followed,” Calloway said.

The city council will consider a hate crimes measure during its July 13 work session.

In February, Johns Creek adopted an LGBTQ-inclusive hate crimes ordinance that enhances penalties for crimes committed against victims targeted over their actual or perceived sexual orientation, gender identity, gender, race, color, religion, national origin, or physical or mental disability. It applies to three city code violations – vandalism, disorderly conduct and creating a disturbance at a school. The ordinance also requires the police department to track and report hate crimes to the FBI.