East Atlanta’s Asylum not quite quitting the gays 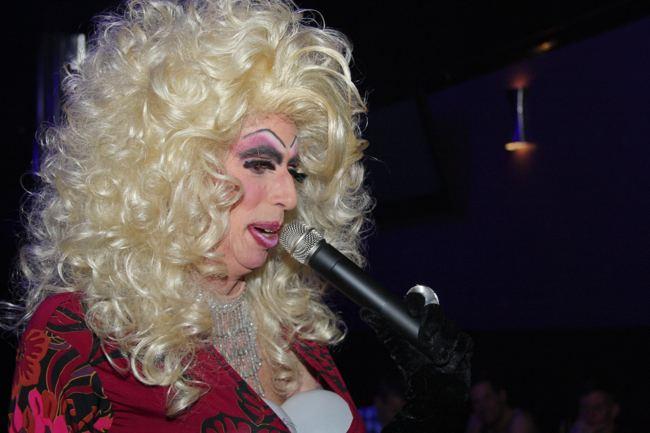 When Asylum threw open its doors four months ago, it made a draglicious entrance and a pitch to take a slice of East Atlanta’s gay market. Now, two dropped gay events later and critics are crying foul. The club’s gay owner says that Asylum is chasing the crowds and it can draw larger ones with non-gay events that cater to East Atlanta’s eclectic feel. But even with tweaks to the business plan, it’s open to LGBT events. In fact, it’s hosting one of the best-known names in Georgia drag, Lady Chablis, at an event on Sunday. “We’ve had literally every genre go through the club in the last three-and-a-half months. Most of that was to test what kind of crowd we could get,” owner Brian Sawyer says. “It’s one of those things that the venue was meant to be whatever. We didn’t have a lot of people reach out to say they want to do an LGBT event.” So the club has shifted away from a weekly drag show to hosting LGBT events on special occasions. That’s meant crafting a lineup that recently included STR8 Flex’n and Hustler Night, and an open mic Comedy Night on Mondays. But the format shift didn’t go over well with drag pageant organizers, with some complaining that Asylum dropped at least two LGBT events – Zombielesque and Miss Atlanta Showgirl 2012 -- just days before they were scheduled to take place. Fonda Lingue, who organized Zombielesque for Asylum on Oct. 26, posted two days before the event that it was cancelled after Asylum “restricted certain events.”

It pains me to tell you that Zombielesque! has been cancelled for reasons beyond my control. Apparently the management has changed hands today and they are restricting certain events and ours is one of them. They also were not going to honor our original agreement as far as pay for my performers and "rental" of the space. I value what my performers do and I will NEVER let them get anything but what the deserve. I will also never perform in a venue that restricts any group or organization based on who they are. I will be on the lookout for a new venue for future productions. Thank you all for your support and keep your eyes on my page for our next production.

Celeste Holmes, a longtime drag pageant promoter in Atlanta, posted on Oct. 25 that the club also dumped the Miss Atlanta Showgirl 2012 less than two weeks before it was scheduled to take place at the East Atlanta bar. It was later rescheduled for LeBuzz and took place on Saturday.

I like to use my FB page for fun and to let people know where they can find me in a show or pageant. Please indulge me one negative moment, followed by more positive....I am so disappointed in the new club Asylum in East Atlanta. My friend David Antoinette booked two pageants there months ago. Two nights ago, he got a text from Paula Marten that all LGBT events were canceled at the bar, less than two weeks before his pageant. No one told David until then even though he'd had a pageant there just last Saturday. David went to the bar owner, who changed the terms of the agreement and wanted an outrageous sum to have the next pageant there. A sum I'm sure he knew would make David walk away and cancel his LGBT event. Shady. I would just like to ask that our community not support Asylum any further. Frankly, it was filthy last Saturday, the drinks were weak and the food is awful. And now for the positive....our community stepped up in record time without hesitation. Immediate help was offered by My Sister's Room-MSR, Phoenix Atl and Johnathon At LeBuzz. Wow! Thank you for turning a negative into an overwhelming positive!

When the events were cancelled, the bar said on Facebook that the moves “had nothing to do with it being an LGBT event.” Instead, concerns over “booking issues and fees” led to the cancellations. Sawyer says the bar’s critics are “disgruntled people who had no grounds” to suggest that Asylum is dropping LGBT events. In addition to its soft opening weekend in mid July that included a birthday party drag show for Kitty LeClaw (photo), the longtime Atlanta queen who remains employed at the bar, Asylum has hosted a Hotlanta Softball beer bust in August and Bedlam in September. “It was never meant to be a gay club anyway. It was a place for people to come in, be comfortable – an asylum if you will. We make business decisions all day long, but I don’t remember anywhere on the door it saying that this is only gay and straight people stay out. It was the intent for everyone to be there equally,” Sawyer says.