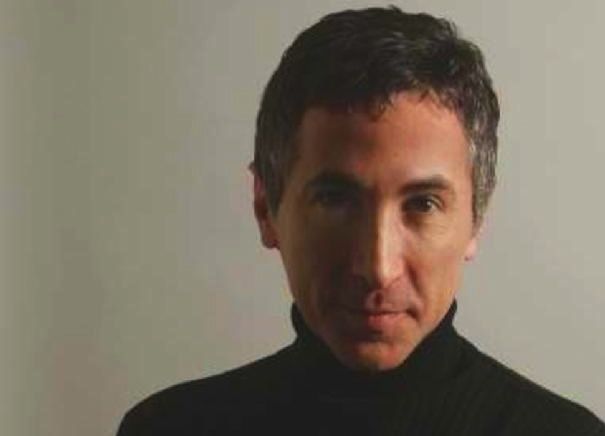 One of the gay men who helped launch a safe religious space for gay Jews in Atlanta, Congregation Bet Haverim, died on Friday from complications of pancreatic cancer. He was 51.

Michael Jay Kinsler (photo), who lived in Los Angeles with husband Howard Rosner, was among the forces promoting the synagogue in the late 1980s. The facility was founded in 1986 for gay and lesbian Jews to practice their religion.

Rabbi Josh Lesser, the gay rabbi who leads Congregation Bet Haverim, expressed sorrow over presiding over Kinsler’s memorial service on Monday at the synagogue two years after officiating at his wedding.

“[He] was the first person in my life who truly understood and celebrated what I was trying to accomplish by becoming an out gay rabbi,” Lesser says in a Facebook post. “Officiating at his funeral, less than two years after officiating at his wedding was heartbreaking. I hope my words and the service honored his legacy and the large, loving embrace he had on life.”

Kinsler left Atlanta to take a job as a creative director in Seattle before moving to Tampa and finally settling in Los Angeles eight years ago, according to the Atlanta Journal-Constitution.

“The synagogue grew beyond his dreams, and that was a good thing,” his sister, Sharon Karlan of Roswell said. “People still stop me and tell me they’re grateful for my brother, and his work with the synagogue.”

Distance didn’t keep Mr. Kinsler from the Atlanta synagogue he helped support. He was one of the early presidents of the congregation and often came back for High Holy Days. He also chose to exchange vows with his husband there two years ago, even though they’d been previously wed in a Los Angeles civil ceremony.