Eagle 8 trial to open next week after all 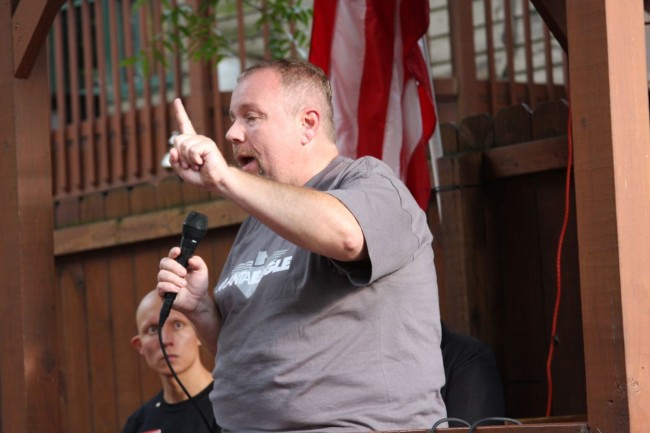 The trial for the Eagle 8 — the eight men arrested in the Sept. 10 raid of the Atlanta Eagle — will open Feb. 4 after all, according to the office of the judge overseeing the proceedings.

That contradicts information from the defense attorney for the men and one of the bar’s co-owners, who said Friday that the trial was being delayed at the request of Municipal Court Judge Crystal Gaines. Project Q Atlanta reported Friday that Gaines was delaying the trial and scheduling a conference call this week to discuss the case. Atlanta Progressive News reported later Friday that Eagle co-owner Richard Ramey (top photo) also said the trial was being pushed back.

Gaines and Solicitor Raines Carter did not respond to a request for comment from Project Q Friday.

On Monday, an official in Gaines’ office said the trial remains scheduled for Feb. 4. The conference call, set for Thursday, is a routine step between the judge, solicitor and attorney Alan Begner, says Oscar Rosser, case manager for Gaines. 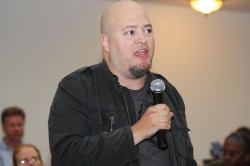 Earlier this month, Mayor Kasim Reed pledged to take “appropriate action” if an ongoing investigation and lawsuit shows that the police department acted inappropriately during the raid. The comments came on Reed’s second day in office as he and Acting Police Chief George Turner announced sweeping staffing changes at the Atlanta Police Department.