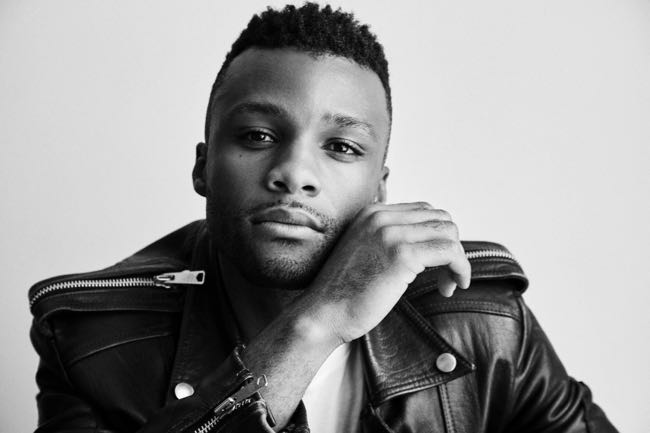 You probably know Dyllón Burnside as Ricky on the hit FX show “Pose.” But did you know he got his start in a boy band and spends his coronavirus summer in metro Atlanta fighting for racial justice?

Burnside put his apartment in Harlem in the rearview and relocated to Conyers as the coronavirus pandemic unfolded. That’s where his mom lives, and the South is where the actor and singer spent much of his youth.

With production of “Pose” Season 3 on hiatus thanks to the pandemic, Burnside makes the most of his time in Atlanta – and with his mom.

He dropped his debut single “Silence” earlier this month, and the video for it (watch below) was shot at his mom’s house. She even handled most of the videography, which fits since she has played such a big role in Burnside’s career, starting with managing the boy band “3D” when he was 12.

“My mom is not to be messed with. She is definitely a mama bear for her cub,” Burnside said in a new episode of Podcast Q.

“She’s always been my biggest advocate and the leader of the Dyllon Burnside fan club,” he added.

Listen to the podcast below or on Apple Podcasts, Google Play, Spotify and Stitcher.

On this episode of Podcast Q, we talked with Burnside about the relationship with his mother, those sexy scenes in the “Silence” video she didn’t shoot and his tips for staying fit enough for those “Pose” crop tops.

We also went deep to expand on his powerful message of racial justice and equality for black queer people at the Beauty in Colors Rally in Atlanta and his work with the People’s Uprising Task Force.

“The work that I’m doing and the work that I was encouraging all of the folks who were standing there at the intersection of 10th and Piedmont to do is to really do that work of uncovering their true selves, their true desires and the true expression of their identity and not the one that has been placed on them,” Burnside said.

On Podcast Q, Burnside also discussed the responsibility of portraying a black HIV-positive queer character on “Pose” and that steamy sex scene with Billy Porter – a first for both of them.

“I’m really grateful that I got to share my first sex scene with someone who I trust and who I know has nothing but the best of intentions and someone who’s such a freaking phenomenal actor and human being,” Burnside said.

“It was really great to be able to be a part of this storyline where we dive into the lives of HIV-positive black men and it not just be about pain and hurt and be shrouded in deception,” he added.