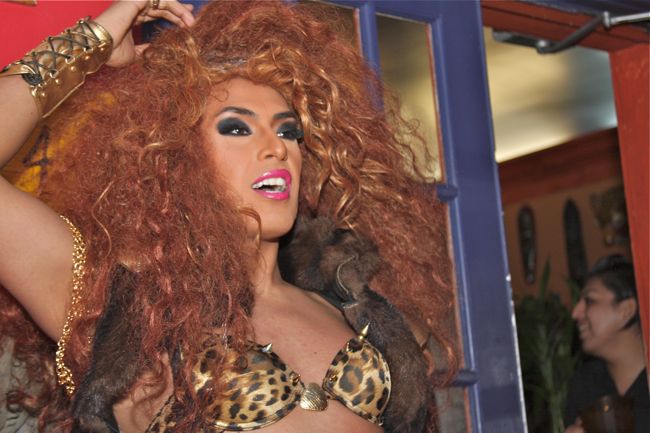 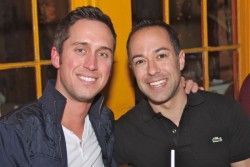 Dinner drag is back, this time with some Latin flair. Bubba D. Licious leads the cast of queens that on Monday included drag newbie Janelle Brooks.

Las Margaritas took over the Dragamaki brand in January after its longtime home Nickiemoto’s closed. The popular Cheshire Bridge Road restaurant reworked the show, rebranded it as Dragamundo and made Mondays its home once again. 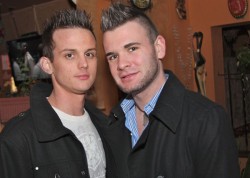 Licious corrals a cast that includes Angelica D’Paige, Alissah Brooks and – on Feb. 7 – Janelle Brooks (top photo), who’s gaining a fan base thanks to her successful run at Dragnique, a reality-styled competition that opened in January with seven contestants hoping to survive the weekly competition that’s part “RuPaul’s Drag Race” with a smidgen of “American Idol.” Brooks was named crowd favorite during the Jan. 7 premiere.

On Feb. 14 – that’s Valentine’s Day for you romantics – Las Margaritas has a special Dragamundo on tap. “Luv Sux Ball” offers the show, a DJ and four-course meal for $16.95. Special guests include Brooks, Dragnique host Eve Michaels and Niesha Dupree. There’s a raffle and even a glass of champagne to toast the evening for lovers.