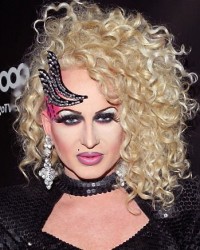 We figured that asking the burning question about how Atlanta queens fare on “RuPaul’s Drag Race” might draw some interest, but we never expected the comment section to blow up into a cat fight. Shows what we know.

The question was the elephant in the room after two seasons of Project Q Atlanta’s “Drag Race” recaps. Our Tuesday post generally supported the local queens and asserted that this drag town’s Nicole Paige Brooks, Sonique, Phoenix and Mariah all had the stuff to go further than they did on Logo’s guilty-pleasure elimination competition. We pondered why it didn’t go better for them.

To us, the only question left unanswered was, “If not them, who?”

Readers pounced, suggesting names like Genre, Shawnna Brooks, Monica Van Pelt, Summer Knight, Alissah Brooks and more. But that wasn’t all that was on people’s minds. Other readers quickly brought the conversation to a new level that no one saw coming:

“What do all the Atlanta queens on RPDR have in common? Bad Attitudes- something that RuPaul has no time for, and does not tolerate.”

“The best drag queens from Atlanta are not on the show. It’s that simple. Those that got sent home deserved so.”

“The drag here is not good. With that said, I am not trying to put the queens in Atlanta down, but if you compare what this city has to other cities around the world, it’s not good.”

That tore it. Fans and supporters started getting angry and jumping to defend the local queens and debate the finer points of the suggested candidates for future seasons. Some who waded into the fire attempted to diffuse it. They weren’t heeded.

“Wow! Are you listening to yourselves? Most of YOU are the reasons for the drag problems in Atlanta! Just because Atlanta is known for it’s drag, most people in Atlanta think they are experts on the topic. You throw your critiques around, left and right.”

It’s a TV show, people. But of course, by then we were having fun watching it play out. “RPDR” alum Phoenix herself ultimately joined the fray. The ever-evolving, never-dull, never-at-a-loss-for-words local queen (photo) was quick to point out the un-reality of reality TV:

“…‘Reality TV’ is not that, it may have a ‘real life’ theme but its not reality. You guys see 1 hour of about a total of 15-20 hours of filming for 1 episode. So how one can be judged from that is beyond me. Some of the comments may be your opinion, but in my opinion are “ridiculous.” …

I do wanna THANK most of you in this city that LOVE and SUPPORT me in anything I do, no matter if its win or lose, you’re there… Thank you once again, and if you don’t like me… well trust me there is not a second of sleep lost.”

The whole melee devolved from there, letting readers who didn’t think drag was a force in gay Atlanta know that it’s serious business to others.

“I think its crazy that this one tiny article has caused this big of an uproar. Everyone is entitled to their opinion. Can we not all just agree to disagree? I mean… Really?”

Apparently not. After three days and some 50 comments (and counting), it’s still going. And that’s not counting spinoff Facebook conversations and Twitter strings. Let’s just say that once the back-and-forth got going, it became clear that there are differences of opinion.

Goodness. And we thought the sniping and bitching got ugly back in the You Betta Workroom on “RuPaul’s Drag Race.” We’ll look forward to Season 4 with a better idea of what a cat fight really looks like.