‘Drag show of all drag shows’ set for Lily White 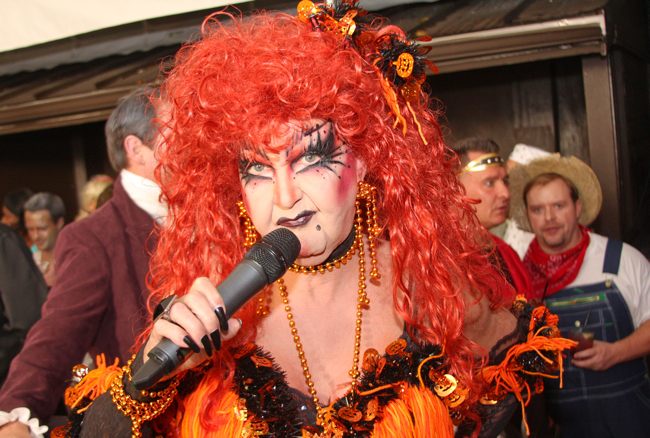 With all the backbiting and infighting, when gay Atlanta comes together, it really comes together. That sets the scene for Thursday’s Lily White benefit to help the drag legend through back-to-back tragedies.

Speaking of local drag legends, Charlie Brown is spearheading and hosting the event for close friend White, who saved her ailing mother from a fire that burned down their house, only to have a heart attack amid the turmoil.

Brown says Thursday at Jungle will be a “drag show of all drag shows,” citing a cast bigger than anyone can recall in recent memory, if ever.

“Just name an entertainer, and she will be there,” Brown says. “We’ve got entertainers from Kentucky, Tennessee, North Carolina, South Carolina and Alabama to support Aunt Lily.”

Settle in for a long night of entertainment and giving. When one entertainer inquired with Brown about joining the cast, the Facebook response was simple: “Come on in. We will work you in.”

Sadly, the cast doesn’t include White herself, who is not expected to attend. As you might imagine, she’s recovering both physically and emotionally while still seeing after her elderly mother. A fund drive has raised more than $2,000 in advance of the show, and friends will accept the check on White’s behalf during the benefit.

That’s on top of the tips and $5 cover charge going to White, and it also adds to the donations of clothing and other necessities collected at Brushstrokes, LeBuzz and other venues.

All that’s left for fans to do is attend – hopefully in massive numbers.

“We are doing our part. Now Atlanta, please do yours,” Brown pleads in her promotions for the event. “Support this entertainer who has worked his life giving to the community. Now he needs us. Thank you!”