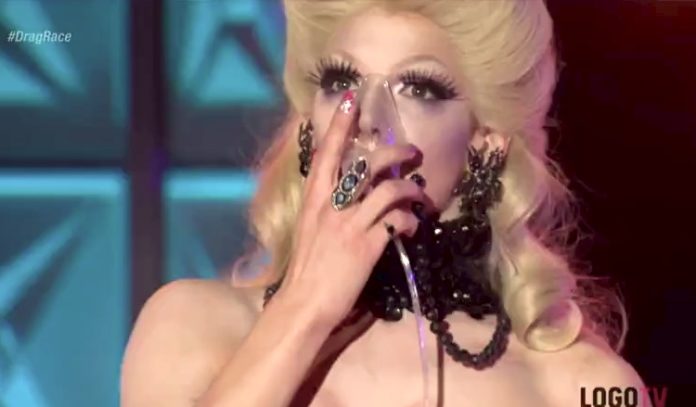 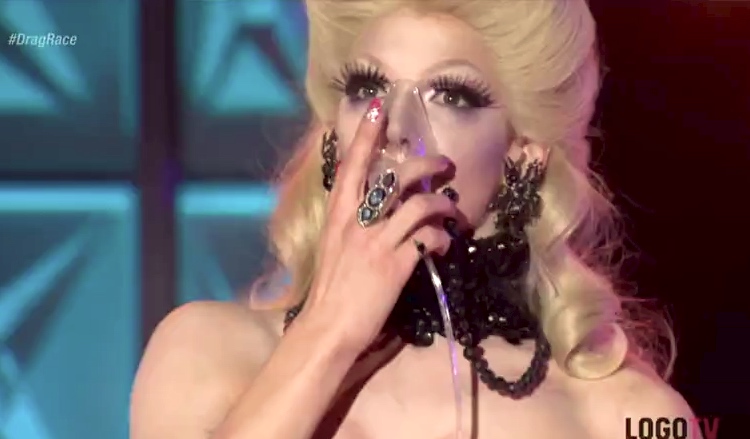 Atlanta gays have been speculating, Ru-mor mongering, and otherwise tittering about it for months. Well, chill. The wait for “RuPaul’s Drag Race” fans is almost over, and the first clips of the season are out.

The show released its First Look video on Tuesday (below) to announce a March 2 premiere date. Of course that includes Atlanta queen Violet Chachki. As RuPaul says, “Realness just got realer.”

Chachki features prominently in the preview. Among her shining moments is the bon mot, “I hate Michelle Visage.” The resulting looks on her fellow queens' faces are priceless. At the end of the video, Chachki serves the smallest waist known to drag and shocks the judges. Her corset is so tight that she needs oxygen (photo). We knew she was trouble.

Fans also get a glimpse of new additions to the weekly panel, E! channel’s Ross Matthews and “Queer Eye” Carson Kressley, plus a sneak peek at guest judges including Isaac Mizrahi and John Waters. Speaking of old queens, former cast members from all six previous seasons are on the road for the biggest Ru-stravaganza Battle ever. “Battle of the Seasons” hits Atlanta on March 28.