‘Drag Race’ recap: the story of my life 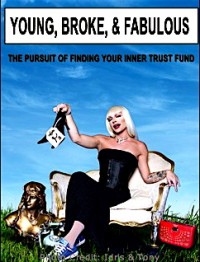 Getting to know the girls on “Ru Paul’s Drag Race” this week proved an age-old truth: some drag queens are bitches, some have come a long way, and others have nothing to say.

But with this show—and for any gay man who’s ever met a drag queen—we already knew that. So the episode that made would-be memoirists out of the contestants brought little to the overall season, but it did reinforce who we like and who we love to hate on the show.

The latest episode began with a mini challenge. The queens were asked engage in the drag tradition of “reading” each other. Otherwise known as “throwing shade,” they took turns hurling quippy insults at each other.

Tatiana, always the first to say something horrible about someone else, couldn’t bring herself to do it to their faces. Not a surprise. But truthfully, none of them were any good at it. Ru Paul, dressed like Truman Capote-meets-Michael Jackson-in-Gay-Hell, had to choose a winner and gave it to Jujubee without much fanfare.

Juju won an extra few minutes in her photo shoot for the main challenge, which asked the contestants to write their life stories and create a cover for the book. The funnest part of the premise came in some of the titles for the non-existent books. Among the standouts:

Jujubee: “Memoirs of a Gay!sha”
Raven: “Young, Broke and Fabulous” (even though she’s one, if any, of the three)
Tyra: “The Woman in Me”
Pandora Boxx: “Out of the Boxx: How Drag Saved My Life”

But it wasn’t all fun and games. We learned that Pandora attempted suicide over being gay as a youth and that Jujubee was ridiculed by her uncle. In that conversation, we also learned how to say “faggot” in Spanish courtesy Jessica and in Laotian from Jujubee. 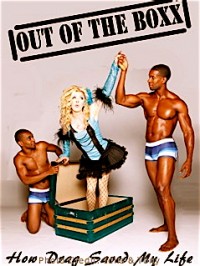 The most poignant moment may have been when Pandora told Ru that lots of people who do comedy have dark thoughts that they mask with humor. It was a rare bit of humility for the show, but it also was another sign of Pandora’s very real intelligence. We like her.

After the cover shoots, the girls had to promote their books in a mock interview. The goal was to seamlessly plug their books—and a new Absolut flavor–as many times as possible during the spots. Too bad they couldn’t use “Ru Paul’s Drag Race” as inspiration: the episode was full of non sequiturs that pushed the drink up in our grills.

In the main stage finale, the girls presented their book covers (poorly conceived, except for Pandora’s and Raven’s, photos) , the edited interviews, as well as their best “book launch party” look. On the good side, Raven rocked an afro with a ‘70s gun moll vibe, and Tyra was gorgeous in a beige gown that she transformed into a second look before our eyes.

Tyra, less bratty than usual but just as poorly spoken, was deemed safe, and Raven won her first overall challenge. No matter what we think of and say about Raven—and it’s not usually very nice—it was a deserved victory.

In the middle came Juju and Pandora, who did fine. Pandora performed well in the challenge, but onstage, she can’t seem to separate herself from bad patterns on dresses that look cheap and costumey. Judge Santino Rice told her if she “wanted to do coke whore, you should have taken it further.” Sad face.

On the bad side, Tatiana wore a jersey dress in black and white horizontal stripes and acted like the bitch-with-nothing-to-back-it-up that she proves to be week in and week out. Miss Congeniality Jessica Wild didn’t understand any aspect of the challenge, and her silver lame mini dress complete with leotard crotch (and was that beard stubble on her face?) didn’t help.

You guessed it. They were the bottom two and heeded Ru’s call to “Lip Synch For Your Life.” They did, and as much as we dislike Tati, we agreed with the judges: It was time for Jessica to go home.

We’re down to the final five, so it’s time to start seeing people we like eliminated from the contest. Shine on, Jessica Wild. Shine on!

Next week, the girls must put old men into drag and impress judges including Debbie Reynolds.