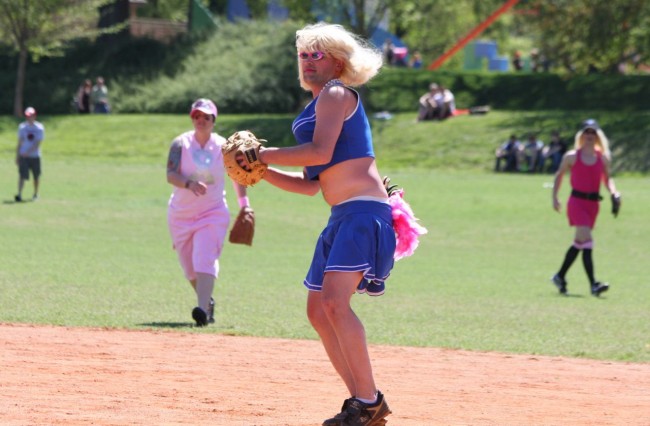 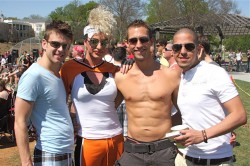 The athletic oval in Piedmont Park was crowded with so many drag queens and kings on Saturday afternoon that unsuspecting passers-by could mistake it for Atlanta Pride. Instead, they were there for softball. Yes, a sporting event.

The collection of queens — which included the likes of Alexandria Martin, Knomie Moore, Brent Starr, the Atlanta Sisters of Perpetual Indulgence and many others — proved their versatility in taking the field in full adornment for the softball double-header. The games were part of Bats-N-Rogue Drag Softball, a fundraiser organized by the Pink Cadets of the Hotlanta Softball League. 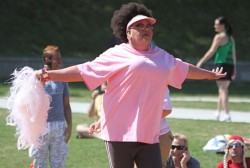 The event raised about $4,200 for Susan G. Komen for the Cure, which is the world’s largest breast cancer organization, an amount that came in well above the hopes of organizers who were looking to raise about $1,500 for the first-time charity event.

Fans — and there were hundreds enjoying warm temperatures and clear blue skies — could pay $5 for preferred seating. Others donated cash during the event.