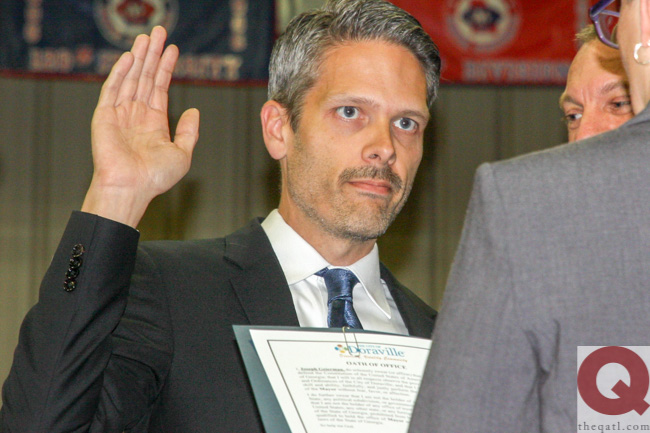 Gay IT professional Andy Yeoman (second photo) was also sworn into the city council, joining transgender Councilmember Stephe Koontz to make Doraville one of the most LGBTQ-representative city governments in the state.

Geierman’s (first photo) husband, B.J. Abbott, was by his side as he took the oath of office.

“I’m really excited to be taking the helm in 2020,” Geierman told the crowd at Forest Fleming Arena. “This is an exciting time for Doraville. I’ve said it many, many times that our city is really at a crossroads of greatness. We have all the ingredients of success.”

“We need to do what it takes to enable our city to grow and be competitive in the metro Atlanta region,” he said.

Geierman was elected to the city council in 2017 and gave up his District 2 seat in 2019 to run for mayor. He beat incumbent Mayor Donna Pittman by 30 points in a December runoff.

Duncan is believed to be the first openly LGBTQ judge that Kemp has appointed. She will be sworn in Thursday at the state capitol. 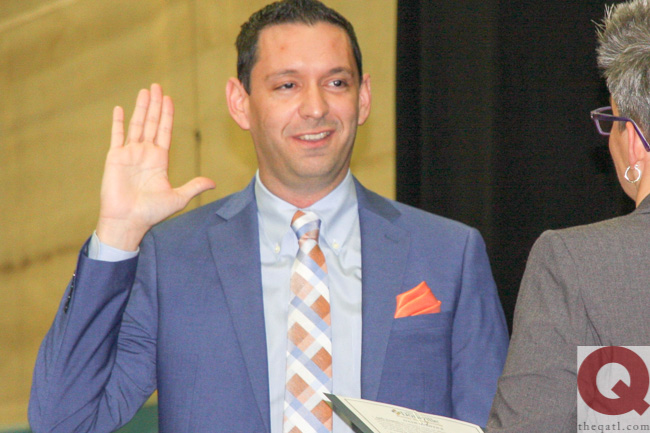 Yeoman beat Gerald Evans by over 30 points in the November election to take the District 1 seat on the council.

“I look forward to a great four years!” he wrote on Facebook following the ceremony. “Thank you everyone for coming out!”

The Victory Fund and Georgia Equalityendorsed him in October.

Yeoman marched in the Atlanta Pride parade that month.

Alex Wan – a longtime non-profit leader and the first gay man elected to the Atlanta City Council – now leads the board that...
Read more
Politics

A bill that bans transgender women from high school sports passed a Georgia Senate committee on Wednesday, becoming the fastest-moving of at least four...
Read more