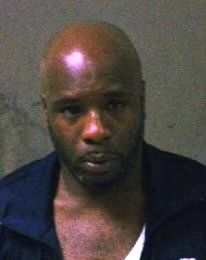 Gay men like to get their freak on. In a prison exam room. In the car. With sex slaves. In the shower. At church. But that tends to get you arrested. So does this approach: Offering cash to that cute teen in a public restroom. That’s the lesson learned by Ronald Cox, a 42-year-old Lithonia man arrested by the DeKalb County Sheriff’s Office for allegedly offering cash for sex to a 15-year-old male. At the mall. So retro. The incident allegedly took place on Nov. 12 in a restroom at Perimeter Mall. According to the Dunwoody Police Department:

The suspect displayed a wad of cash to the victim, and asked him for sexual favors. The victim fled the scene and reported the incident to security. The suspect was last seen running from the mall.

Police announced the unfortunately named Cox’s arrest on Wednesday. He remains in the DeKalb County jail facing a felony charge of child molestation by solicitation. Next time, just download Jack’d. And never, ever try online personals.